KUWAIT, March 20: The Kuwaiti Ministry of Foreign Affairs on Sunday expressed the State of Kuwait’s terse denunciation of the dangerous terrorist attacks carried out by the Houthi militias on civilians and civilian targets in Saudi Arabia. The militias have carried out a fresh attack with ballistic missiles and booby-trapped drones, targeting several regions in the kingdom.

Such continuous terrorist acts on civil and economic installations in several regions in the kingdom target not only security of the kingdom and the region, but also aims at disrupting supplies to the international energy markets, undermining the global economy and navigation, the Kuwaiti Foreign Ministry said in a statement. It called for rapid reaction from the international community to deter such criminal and terrorist attacks and bring the culprits into account. The State of Kuwait maintains a full and unwavering stance on side of the kingdom with respect of the measures it may take to safeguard its security and stability, the ministry has affirmed, wishing the injured quick recovery. (KUNA) 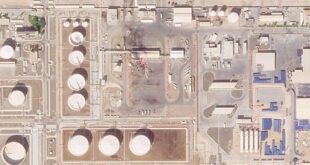