KUWAIT CITY, Sept 7: The National Assembly Speaker Marzouq Al-Ghanim on Tuesday attended the meeting of the coordinating committee at the International Parliaments Union (IPU), representing the Arab Inter-Parliamentary Union. Al-Ghanim disclosed that the Arab Inter-Parliamentary Union met on the sidelines of the Fifth Conference of IPU as per the invitation of Arab Inter- Parliamentary Union Chairman Saqer Ghabash. During the meeting, Al-Ghanim emphasized that Arab coordination was restored to how it was before the Gulf crisis both at the level of GCC countries and the level of all Arab countries. He affirmed that Arab countries have a chance to adopt common Islamic and Arab issues, and then obtain global support through international forums and conferences. The Fifth World Conference of Speakers of Parliament kicked off in Vienna Tuesday with the participation of Kuwaiti National Assembly Speaker Marzouq Al-Ghanim.

The Inter-Parliamentary Union President Duarte Pacheco, during the conference opening speech, affirmed that the current situation requires more solidarity between countries, stressing that this conference is an important opportunity to rebuild a global social and economic climate to protect and strengthen democracy after the COVID-19 epidemic. He also noted that in too many places, several governments have used the epidemic to “violate human rights and undermine democracy.” In his speech, Pacheco also touched on the role of parliamentary leaders in combating terrorism, stressing that no country can confront terrorism alone.

Future
Furthermore, he said that Afghanistan’s future is a real test for the international community’s unity in face of adversity, emphasizing the need to provide safe passage to those at risk. The first conference of Parliament Speakers, which was held in August 2000 at the United Nations Headquarters in New York, adopted a declaration entitled Parliamentary Vision for International Cooperation at the Dawn of the Third Millennium. With this declaration, the world parliaments’ leaders committed and their institutions to work with the United Nations to help address the challenges facing the global community

Al-Menawer also proposed adding a new paragraph to Article 42 of the law, stating that a Kuwaiti (man or woman) who resigns to take care of a person with disability will receive pension equal to his full salary regardless of the nationality of the latter as long as he is a relative of the citizen. MPs Hassan Jawhar, Abdullah Al-Mudaf, Mehalhal Al-Mudaf, Hamad Rouhaldeen and Muhannad Al-Sayer submitted a bill to dissolve Touristic Enterprises Company (TEC) within six months.

The MPs suggested that the assets and capital of the company should be transferred to the State Treasury and the money will be used to establish other companies, which will set up and manage entertainment facilities. In another development, MP Osama Al- Shaheen asked Minister of Finance and Minister of State for Economic and Investment Affairs Khalifa Hamada if the ministry imposed fees for citizens who establish private marinas in the coastal area. If yes, he requested for copies of the documents showing the collected fees. Al-Shaheen also forwarded queries on a relevant issue to Minister of Municipality and Housing Affairs and Urban Development Shaya Abdulrahman Al-Shaya about the criteria on safety for private marinas. He wants to know the requirements for obtaining a license to establish a private marina and the total number of private marinas in the country. By Saaed Mahmoud Saleh Arab Times Staff and Agencies 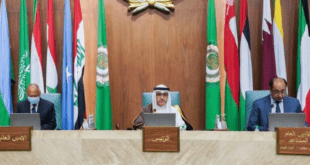 This post has been read 16191 times! Amir leaves for Tunisia; Qatari Amir to take …