TUNIS, June 21, (KUNA): Kuwait athletics team players made an imprint during their participation in the 22nd Arab Athletics Championships, which concluded in Tunisia.This tournament is of great importance as it qualifies for the 2020 Olympic Games in the Japanese capital, Tokyo, which will be held in the coming months of July and August. The promising Kuwaiti participation came despite the global health conditions and the suspension of sports activities due to the spread of COVID-19 around the world, and the desire of Kuwaiti sports to return to competitions after the previous suspension. In the tournament hosted by Tunisia with the participation of more than 400 male and female athletes from 20 countries, Kuwait’s players have bagged two gold, one silver and two bronze medals.

On Sunday evening, Kuwait’s athletics team obtained the silver medal in the 400-m relay race. In addition, Kuwaiti player Issa Al- Zankawi snatched the gold medal in the Discus Throw contest reaching 60.25 meters. Moreover, Kuwaiti Yagoub Al- Yoha won the gold in the 110-meter- hurdle competition after facing a strong competition with 10 rivals. The coach of the Kuwait national athletics team, Bader Dashti, congratulated Al-Youha for winning the gold medal, stressing that this achievement is the third in a row, as the player achieved other medals in the previous Arab championship in 2017, 2019 and now in 2021. In a statement to KUNA, Dashti underlined the great effort made by Kuwait Association of Athletic Federation through facilitating the team’s participation in this tournament. He pointed to the effectiveness and success of the training camp that was held in Turkey before the qualifying tournament for the Tokyo Olympics.

Meanwhile, Kuwaiti Salsabil Al- Yasar won the bronze in the women heptathlon in which Tunisia and Egypt have won the gold and silver respectively. The Kuwait women’s team participated with five athletes in the tournament through discus, shot put, and heptathlon, in addition to the 800m and 100m races. Kuwaiti Ibrahim Al-Fadhli also won the bronze in the “Shot Put” contest in the same tournament. Head of the Kuwaiti delegation Faisal Al-Dasm congratulated the Kuwaiti players for their promising participation and efforts, stressing the importance of gaining the necessary expertise from their peers in the Arab teams, in preparation for the upcoming events, especially the Tokyo Olympics. Al-Dasm told KUNA that despite the circumstances of the coronavirus pandemic, “our players presented high performance levels amid intense competition from Arab athletes for the qualifying positions for the Tokyo Olympics. He expressed appreciation for the political leadership and those in charge of Kuwaiti sports in various games, especially athletics, and their efforts in improving the Kuwaiti sport to achieve regional and international achievements, thanking Tunisia for hosting the tournament and good organization. For his part, President of the Tunisian Athletics Federation Khaled Amara told KUNA that the tournament achieved great success in terms of the levels and numbers of the players, stressing the importance of the wide participation of the Arab countries, especially as it qualifies for the Tokyo Olympics. For her part, the administrative supervisor of the Kuwaiti women’s team Mona Qabazard told KUNA that the team participated with five players after a good and distinguished preparations. Two players went to a training camp in Turkey with the national team, and three went to an internal camp in Kuwait. She expressed her aspiration for an effective participation and more achievements 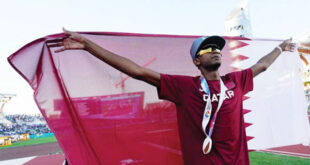 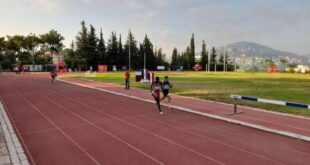 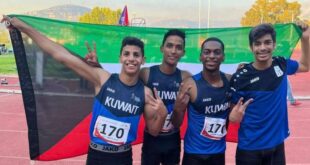 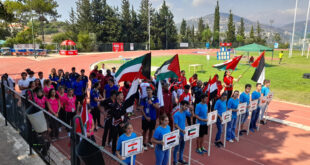 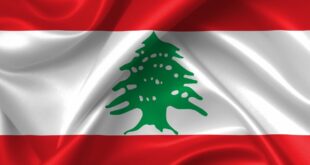 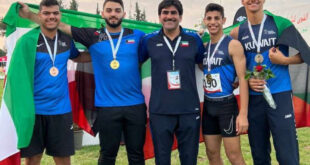 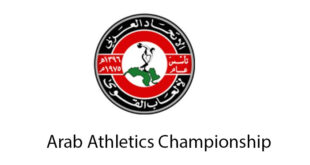