KUWAIT CITY, Jan 20: Kuwait stocks slipped into a trough Thursday as it wrapped up the week on a dull note. The All Shares Index dropped 10.81 points in range bound trade to 7364.48 points dragged by some of the heavyweights and mid-caps. The Premier Market slipped 10.95 points to 8027.98 points paring the month’s gain to 388 points while Main Market gave up 10.85 pts. The BK Main 50 index was down 17.87 points at 6346.98 pts. The volume turnover meanwhile saw a modest rebound following Wednesday’s drop. Over 290 million shares changed hands – down 13 percent from the day before. The sectors closed mostly in red turf. Technology outshone the rest with KD 1.08 percent and Consumer Discretionary shed 1.14 pct, the worst performer of the day.

The market opened firm and slipped into red in early trade. The main index rebounded to scale the day’s highest level of 7276 points and drifted lower as selling bout weighed on some of the counters. It pulled up half way into the session and retreated again to bottom at 7353 pts in the final minutes before clawing back some of the loss at close. Top gainer of the day, KSHC rallied 14.61 percent and Al Manar climbed 8.17 pct to stand next. IFAHR skidded 4.98 pct, the steepest decliner of the day and Ahli United Bank BSC topped the volume with 41.8 million shares. Mirroring the day’s drop, the losers outnumbered the winners. 47 stocks advanced whereas 68 closed lower. Of the 142 counters active on Thursday, 27 closed flat. 10,815 deals worth KD 64.91 million were transacted during the session. Kuwait Cement Co rose 3 fils to 234 fils and Kuwait Portland Cement scaled 7 fils. 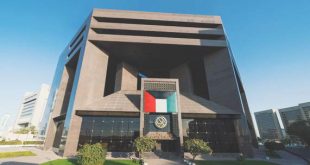