KUWAIT CITY, July 31: The size of the sovereign debt owed by Kuwait in the form of international and local bonds amounts to KD 4.1 billion, with maturities from 2022 to 2028, reports Al-Rai daily. According to informed sources, the first international bond will be due on Kuwait in March 2022 at a value of KD 1.07 billion, which is the same date on which a local bond will mature at about KD 550 million.

This means that the State Treasury will have to pay about KD 1.61 billion next March. The sources stressed that international bonds amount to KD 2.44 billion in total, or 59.5 percent, while the local bonds constitute 40.5 percent, with a balance of KD 1.66 billion.

They revealed that the Kuwait Investment Authority (KIA) invested in the giant pharmaceutical company “Pfizer” and in the electric car manufacturer “Tesla”. It also has many shares, which achieved an unprecedented rise in their prices during the past fiscal year through its portfolios and not through direct ownership. 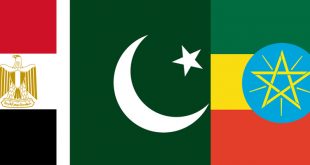