KUWAIT CITY, Dec 5: The Criminal Division of the Cassation Court sentenced two expatriates to death by hanging – one is a Sudanese man who killed his ex-wife in Maidan Hawally and the other is an Egyptian who killed his Filipino wife inside their apartment at an undisclosed location, reports Al-Seyassah daily. Case files indicate that the Sudanese killed his compatriot ex-wife due to earlier disputes between them and the accused surrendered to security. Results of the forensic examination of the body revealed that the accused stabbed his wife several times and the knife was found near her body.

Meanwhile, the Egyptian, who was born in 1976, strangled his Filipino wife to death; and then fled to his home country with his 16-year-old son and 17-year-old daughter while he left his youngest child – a son – at a nursery. The building guard informed the Interior Ministry that he received a voice message from a tenant – an Egyptian, stating that his dead wife was inside the apartment and he must notify police. 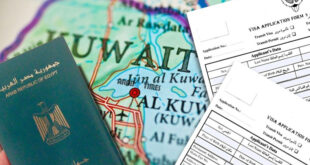