‘Kuwait ranks 4th in Gulf with projects worth $202 billion’

KUWAIT CITY, Feb 21: Between January 13 and February 11 this year the Kuwaiti projects index recorded a decline of 0.49%, reaching 202 billion dollars, compared to 203 billion dollars recorded during the previous month, according to data issued by MEED Projects, which tracks the activities of regional projects, reports Al- Anba daily.

MEED said that at the Gulf level, the value of the Gulf projects index increased by a marginal 0.3% to almost stabilize at its valuation of $3.31 trillion during the mentioned period, while the GCC market index rose by 0.2% during the same period, with its value remaining at $2.62 trillion. Four of the eight markets tracked by the index recorded a decline in the month ending on February 11, as Bahrain was the worst performer and the value of its projects decreased by 5.2%, while the Omani projects index decreased by 1%, and the UAE index by 0.9%, while Qatar was the best performer with the value of its projects increasing by 3.7%. 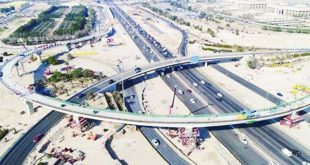