Kuwait not in need of more econ advisers, but of a doer

YES … we are going through a financial difficulty and cash shortage … shortage of cash like the rest of the oil exporting countries that have a single source of income. Unlike others, Kuwait has heavy investments globally and is wealthy but cannot manage its richness . There are too many cooks, and our government ’s drawers are filled with recommendations from the best institutions, former government leaders, and our own economic experts.

However, who is there to listen and implement the needed actions? Since the fall of oil prices in November 2014, this paper has been stating that time has come to reduce our budget and find an alternative to oil. Oil is not sustainable and we have to move away from it. Our government did not do anything at all, and kept on spending and increasing its expenditures, even to the extent of providing its supporters, members of the parliament, and their families and friends summer health vacations with pocket monies for up to fourfive people.

This cost the government public money of about $ 3 billion prior to COVID-19 crisis. It ignored all advice related to reducing expenses. Now we are in an economic mess. There are solutions at hand but who is going to be in charge?! The government is unable to make its mind as to which way to go. Yes, there is no cash in our Central Bank Reserve, but we can borrow easily. The government did not get the necessary votes from the parliament for borrowing, perhaps because of mistrust.

Now, the government wants to put its hand on our sovereign wealth fund, which is worth about $600 billion. This has been set aside for the future generation of Kuwait. It is drying up with the stoppage of addition of ten percent from annual oil revenues.

The government has an idea of borrowing from the fund by swapping some of our domestic assets like monies of Kuwait Petroleum Corporation and international investments for example. Instead of going straight to borrowing from international markets, and going through the normal local channel, i.e., by trying again with the parliament, it has chosen the long route and to dilute the value of our future generation fund.

The government can privatize its own departments, industries, and oil facilities, which is part of our shortterm solutions; but it cannot face the parliament or be able to convince the public of the difficulties we are in, perhaps due to lack of confidence. Next year we will be facing a deficit of about KD 10 billion or $ 30 billion. This will continue at the same rate or at a higher rate in the coming years. At such a rate, our sovereign wealth fund will barely last for another 20 years and will dry up totally. Shortage of cash is not such a big problem, provided that our government can lead … but who is going to be our doer and our hero?! 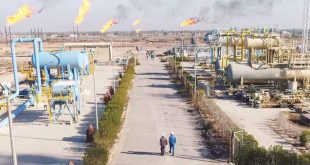