Move expected to go into effect this week

KUWAIT CITY, Feb 23: Kuwait has fashioned out a new contract to recruit domestic workers of all nationalities, which is expected to go into effect this week – a copy of which will be distributed to domestic workers recruiting offices by the administration of the Public Authority for Manpower, reports Al-Qabas daily.

The daily quoting sources said the nod for the new contract was given after a careful study by the concerned authorities, topped by PAM and the ministries of Interior and Foreign Affairs, after taking into accounts the reservations made by the domestic workers recruiting offices owners.

The new contract what has come to be known as the ‘tripartite model’ obliges the employer to provide suitable housing with adequate means of living for the third party (the domestic worker), including food and clothing and adequate treatment, medical and registration in the ‘health insurance system’ and paying wages at the end of each Gregorian month, which should not be less than the minimum stipulated and duly signed by the recipient.

The new version of the contract says the worker should not work more than 12 hours per day followed by 5 hours of rest, not less than an hour, and a night break of 8 consecutive hours, at least one day weekly off and a paid annual vacation.

Benefit
The contract also includes the worker’s entitlement to end-of-service benefit, equivalent to a month’s wage for each year at the end of the contract period in addition to the employer not holding the domestic worker’s passport or personal documents or transfer of the worker’s residence during the first party’s warranty period.

The contracting party is obliged to settle all disputes through the Department of Home Labor in the Public Authority for Manpower, provided that the terms of the contract are binding on the employer and members of his family.

Meanwhile, the Anba daily said the recruitment of the Filipino workers is expected to begin as early as the beginning of March although problems had emerged after approval and signing of the unified harmonious contract formula for the recruitment of Filipino domestic workers by both countries.

Informed sources told the daily “some employment offices seek to raise the value of recruitment from 990 to 1,200 dinars so that they can cover the losses if the worker refuses to continue to work for the same sponsor, as the law does not allow the worker to be transferred to another sponsor.

The sources added that “in the event the worker refuses to continue working for the sponsor, the office will bear the cost of returning the worker to the country and returning the value of the cost that was paid by the employer.”

The head of the Kuwaiti Federation of Owners of Home Employment Offices in Kuwait, Khaled Al-Dokhnan told the daily that “there are routine procedures that follow the signing of the agreement to bring domestic workers from the Philippines and it may take about 10 days”, expecting “the recruitment mechanism to be easy as it was before the beginning of March. ” 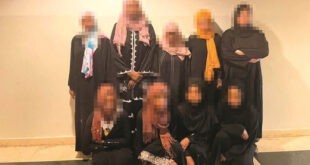