KUWAIT, Jan 5: The first board of directors of the Kuwait Equestrian Sports Federation headed by Masoud Hayat was formed today, the board will be responsible for overseeing equestrian competitions of all kinds in the country for a period of four years.

Amer Al-Mutairi was elected as Vice President, Nabila Al-Ali as Secretary of the Secret, Abdullah Al-Osaimi as Deputy Secretary, and the selection of the knights Ali Al-Kharafi and Youssef Al-Sabah to represent the riders’ Committee, while the selection of the seventh member was postponed until Faris was nominated to occupy the position.

President of the Federation, Masoud Hayat, said in a statement to reporters after the elections that the establishment of this federation is an important addition to the Kuwaiti equestrian sport in its various competitions, as it will work to develop and support the riders of Kuwait.

Hayat mentioned that the (Federation) will work with the Kuwaiti Olympic Committee and its Asian and international counterparts in order to achieve its goals, especially the promotion of equestrian sport, which is considered a “heritage sport” and has many fans in the State of Kuwait, which is rich in jockeys of a high technical skills.

He explained that the presence of a number of riders in the Federation’s board of directors would make the endeavors succeed and overcome all the difficulties facing the knights, and then achieve the best results. 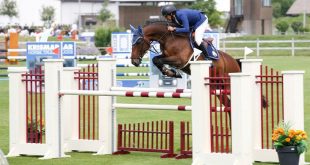