The Ministry of Finance announced the State of Kuwait’s closing accounts for the fiscal year ending March 31, 2019. The State’s accounts recorded KD 20.558 billion in revenue, KD 21.849 billion in expenditure, and closed with a fiscal deficit of KD 3.346 billion after accounting the transfer of 10 percent of total revenue to the State’s Future Generations Fund (FGF) as mandated by law.
The State of Kuwait’s fiscal year starts on April 1 and ends on March 31. The Kuwait Minister of Finance HE Dr Nayef Al Hajraf said, “For the second year in a row, the State of Kuwait’s Non-oil revenues continued to grow by 24 percent year-on-year, capital expenditure remains a healthy proportion of the total expenses at 14 percent, and we estimate capex will reach 17 percent during the current fiscal year to stimulate economic growth and to serve Kuwait’s 2035 vision, New Kuwait”.

In Kuwait, all laws must pass through its freely-elected Parliament.
■ By law, the Closing Accounts do not include revenue from the FGF, which is managed by the Kuwait Investment Authority.

All investment revenue from FGF activities are reinvested by the Fund. 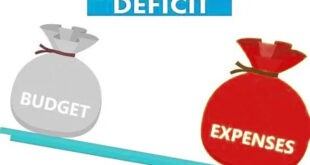 Surplus of looters, not ‘budget deficit’

This post has been read 18751 times! INTEGRITY of His Highness the Prime Minister Sheikh …