KUWAIT CITY, March 24: Kuwait Cricket Board is digitalizing the overall cricket experience in Kuwait with powerful digital technology by partnering with CricksLab. Kuwait Cricket’s new app, powered by market leading cricket tech company CricksLab, has exited the beta phase and is now officially live on the iOS and Google Play Store for every domestic cricketer in Kuwait to run live cricket matches from their phone. The app has been used by Kuwait Cricket over the last six months to manage every aspect of their association while providing players with deep insights of their stats, match stats and tournaments and fans with TV quality broadcasting using the app’s live stream broadcasting tools which has led to record viewership and cricket adoption.

“It is a great honor for us (Kuwait Cricket Association) to join CricksLab on their journey towards cricket digitalization,” says Kuwait Cricket Association President, H.E. Haider Farman, “It is a great opportunity to use this platform to serve our players, our coaches, our teams and all the participants and cricket lovers in Kuwait. The platform truly brings value to all cricketers. We hope that other associate nations will join us soon once they see the impact of this platform in developing cricket.”

“Our hope is that the new platform will help increase the number of players, the number of teams and will be a showcase, especially for our government as we are a governing body – the only governing body of cricket in Kuwait,” continues Kuwait Cricket Association President, H.E. Haider Farman. We (Kuwait Cricket Association) have always had a vision of digitalizing cricket in order to engage our audiences,” States Director General of Kuwait Cricket Sajid Ashraf, “We were early adopters of live scoring on our website in the region. But we wanted to take the whole digital experience to the next level. Since we have as many as 30 matches on a given weekend and about more than 50 matches in a week…We wanted to ensure that the player insights, the stats across fielding, batting, bowling are so well managed that it can help empower our coaches when it comes to selections with all the data at their fingertips.

These solutions are not easy to find under one roof. But we found it with CricksLab. And that is where the birth of a KCC mobile application on iOS and Android came to life. “We are in an age of digital broadcasting. We no longer must go to our local TV broadcaster. with the technology provided by CricksLab we get access to over 90 graphic overlays that can be presented to the world,” Continues Director General of Kuwait Cricket Sajid Ashraf.

“Earlier last year, we went live with the finals and received over 50,000 views – something that has never happened before. These are serious numbers for our sponsors and partners as well and we want Kuwait Cricket to be a top choice for sponsors that want to reach out to the masses in the State of Kuwait.” After Kuwait Cricket won the award for digitalization and fan engagement by the ICC, it has grown and has gone to the next level and we are very happy to see that.” Says International Cricket Council Asia Development Officer Iqbal Sikander, “you can only see good things happening for the players, for the high-performance program, women’s cricket and junior cricket for the coaches and of course, for the fans. With this technology at their fingertips we are entering a golden age of cricket and the future looks very bright for smaller or developing cricket nations like Kuwait”

“I would like to congratulate the Kuwait Cricket Association for bringing this revolutionary technology to the cricket eco-system in Kuwait,” States former Pakistan test Captain and Crickslab Director Wasim Akram, “It was the need of the hour – with this technology they [Kuwait Cricket Association] can keep track of young and upcoming players performances, understand a player’s struggles and strong points and improve cricket from the ground up.”

“The Kuwait Cricket Association plays a massive role in the cricket eco-system within the Gulf Cooperation Council (GCC) and Middle East and North Africa (MENA) region,” says Nadeem Akhtar CEO at CricksLab. “Our mission was to empower Kuwait Cricket with technology that helps them [Kuwait Cricket] foster player development, recognition and increased viewership at the domestic level and makes a better cricket experience more accessible at every level of the game across Kuwait.”

“Moving forward, we are looking forward to working with Kuwait Cricket on a range of new technologies to improve player, viewer and sponsor experiences,” states Crickslab CTO Muhammad Usman Arshaad, “tools such as Video Analytics, integration with health & fitness monitoring devices for player health and stats tracking, player development tools, ball by ball Video tagging to players to help talent hunters and more.” Over the last six months, CricksLab has launched in 63 countries around the globe and amassed a user-base of over 200,000. The number of users is expected to top 1 million before the end of 2022. They have recently introduced an in-app broadcaster tool that empowers YouTube and social media broadcasters with professional broadcasting technology that normally requires teams of people. 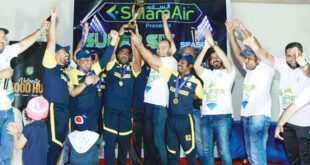 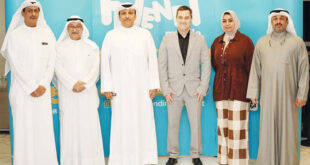 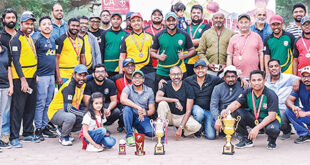 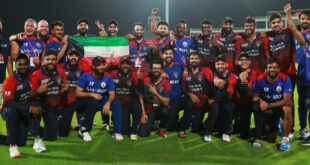 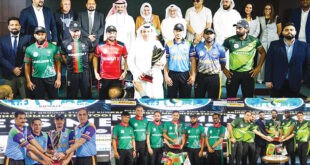 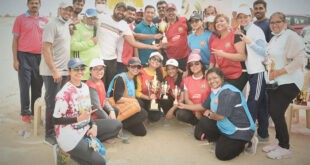 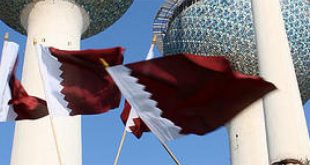