KUWAIT, March 22 (KUNA) — His Highness the Amir Sheikh Sabah Al-Ahmad Al-Jaber Al-Sabah lauded on Sunday extensive measures carried by Kuwaiti authorities and people of the country to counter spread of the menacing coronavirus (COVID-19), stressing that it was time to expand solidarity to overcome this global health crisis.

In a televised address, His Highness the Amir reflected on the situation created by the coronavirus worldwide, saying that Kuwait, unfortunately, had been affected by the global pandemic that killed tens of thousands and infected over 200,000.

His Highness Sheikh Sabah indicated that he directed the government of His Highness the Prime Minister Sheikh Sabah Khaled Al-Hamad Al-Sabah to take measures ensuring safety of the people of Kuwait, both nationals and residents.

“I have been following up with great pleasure on sequence of steps as well as bold and decisive measures taken by the government bodies to counter the pandemic,” affirmed His Highness the Amir, commending all of the government’s officials and staff efforts to battle the coronavirus spread.
His Highness the Amir Sheikh Sabah said he had directed state bodies to contact Kuwaiti citizens and students abroad to ensure they are safe and make their travel back to the country as easy as possible and in accordance with health guidelines.

His Highness Sheikh Sabah praised the efforts of all those who put their lives on line in service of the country during these turbulent times, saying that their efforts will always be remembered.
His Highness the Amir also commended National Assembly Speaker and MPs for their cooperation with the cabinet during the coronavirus crisis, saying that their collaboration will contribute to the fight against COVID-19.
Sheikh Sabah also thanked all members of society and the private sector for their positive contribution to battle spread of the disease.
Commenting on the situation globally, His Highness the Amir expressed his sorry over impact of the coronavirus on the world, saying that it was necessary on the national level to continue the stride to safeguard Kuwait during such crisis.

“Everybody realized that food rations and supplies are abundant in the country,” said His Highness the Amir who added that it was important to protect such resources from overconsumption and irresponsible use.
He stressed that at the current situation it is important to “focus on controlling the pandemic and saving lives as a priority”.
His Highness the Amir affirmed it was important to look forward beyond the current situation and address social, economic, and educational consequences as a result of the virus spread in the future.
His Highness the Amir Sheikh Sabah said that he was aware of the grave impact of the spread of the virus on the morale of Kuwaitis and residents alike; however, he affirmed that Kuwait will overcome the coronavirus spread through unity, solidarity and sacrifice.
He urged for patience and confidence during these troubling times to overcome this grave situation 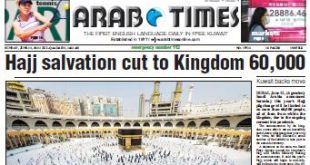 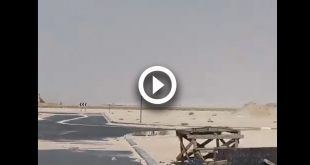