In addition to setting the strategic plan of the company, the team is also concerned with proposing its articles of association, capital and organizational structure in line with the “New Kuwait 2035” vision and the vision and mission of the university. The work team is headed by the secretary-general of the university, and will have as members the deputy director for Medical Sciences, the Deputy Director of the Kuwait Foundation for the Advancement of Sciences (KFAS) Dr Saleh Al-Aqili, the dean of the College of Administrative Sciences and the dean of the College of Engineering and Petroleum in their capacity, as well as Dr. Anwar Al-Shuraian, who will represent the Faculty Members Union.

Assistance
Also in the committee is the university’s assistant secretary general for Financial Affairs, and a senior legal specialist from the Office of the Rector of the university Osama Abdullah. The team may seek the assistance of whomever it deems appropriate. The decision stipulated that the team should submit a final report to the university director no later than two months from the date of the decision, in preparation for presenting it to the university council. Informed sources had previously revealed to the daily that the company’s most prominent goals are for the university to become financially independent and generate profits to spend on quality education, which is the case in most of the world’s most prestigious universities, adding that it also seeks to invest in the consulting, training and research sectors.

Meanwhile, with the return of life and the start of traditional studies, the University Student Library Administration announced that it opened its doors to receive Kuwait University students starting from Oct 31 at the library’s headquarters in Shuwaikh campus. It indicated that the reception of students has been through the booking of appointments via the “Mataa” platform, affirming that the appointments are allowed for students only, and it is not possible to receive those who are not Kuwait University students. It is worth highlighting that the library had closed its doors due to the COVID-19 pandemic, as book purchases were done automatically using a delivery company.

Share
Previous Foul play sensed in death of an Asian
Next Job Vacancies at a Leading Engineering Co. 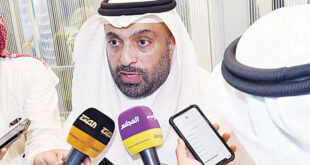 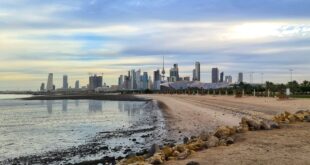