KPC requests for exception in entry of foreign workers

KUWAIT CITY, Dec 28: A high-ranking oil source revealed that the Kuwait Petroleum Corporation requested the concerned government agencies to make an exception for the entry of foreign workers for the strategic projects implemented by Kuwait, reports Al-Anba daily.

The source explained that the execution of some oil projects came to a stop since last August, and there is difficulty in bringing manpower from countries that are not allowed entry in Kuwait. The oil sector projects such as the biofuel project, Al-Zour refinery, gas import facility and some important oil and gas production projects are in their final stages of operation.

The manufacturers and consulting firms designed for these projects need to enter the final operation; otherwise the launch of these projects will be postponed, and the consequences of non-operation will be borne for months and the resulting losses may reach millions of dinars.

The source described the entry of foreign workers for projects since the outbreak of the pandemic as very low, which negatively affected the major projects implemented by the oil sector. 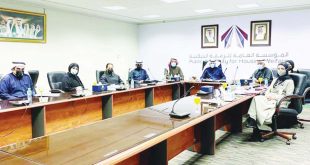