‘Korea & Kuwait relations based on strong bilateral ties since ’79’

KUWAIT CITY, Dec 8: The South Korean Ambassador to Kuwait His Excellency Dr Hong Youngki said the Korea-Kuwait relations are based on strong bilateral ties in many fields since 1979, reports Al-Qabas daily.

In an interview with the daily, Dr Hong disclosed that the volume of trade exchange between the two countries is increasing rapidly; which has exceeded 10 billion dollars in 2017. As for his country’s participation in the “Kuwait 2035 Vision,” Dr Hong said: “Korean companies are involved in many infrastructure projects as sincere partners in accordance with the vision of HH the Amir of Kuwait.”

On the assessment of the role of Kuwait regionally and internationally, he said: Kuwait has contributed much through its membership in the Security Council and strengthen its efforts and the role in the establishment of peace and security, echoing at the same time: “We appreciate and support the efforts of the Kuwaiti mediation to reach a solution to the dispute between the Gulf Cooperation Council.”

Speaking of bilateral relations, the diplomat said, “I am awestruck by the strong dynamism of the fruitful bilateral relations between the two countries which began in 1979. Since then, the two countries have built strong bilateral ties in many fields, in the Kuwaiti construction projects in the seventies, and this continues until this moment, and then expanded those relations to include political, economic, social and cultural.”

On the prospects for cooperation between the two countries in the current stage, he said, they are growing and expanding in new areas such as health, aviation, renewable energy and above all, “I am very grateful to the interest of many young Kuwaitis and their enjoyment of Korean music and culture.” He said, the visits between highranking officials from both countries have boosted bilateral relations, including the important visit of HH the Prime Minister Sheikh Jaber Al-Mubarak to Korea in May 2016, and the visit of Korean National Assembly Speaker, Honourable Chung Sye-kyun , in April 2017 and his Kuwaiti counterpart Marzouq Al- Ghanim, who visited Korea in May 2015. On trade, he said, the volume of exchange between the two countries is increasing rapidly and markedly; it has exceeded 10 billion dollars in 2017.

The strength of economic cooperation between the two countries and their contribution to the economic development of the other is clearly demonstrated through close bilateral cooperation. He added, Korea is the first and largest importer of crude oil from Kuwait, while Kuwait is the second largest oil exporter to Korea, and Kuwait is the third largest construction market for Korean companies that have been involved in the construction and engineering in the major national development projects in Kuwait since the early seventies. 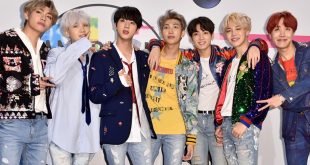 Kim to invite US experts for N-site shutdown