KUWAIT CITY, March 15: The Kuwait National Petroleum Company (KNPC) said it has been agreed upon with the workers’ union that the contract workers entry to the refineries and site projects but be separate regardless of their nationalities, as a precautionary regulatory measure to prevent the spread of the new coronavirus, reports Al-Anba daily.

The sources stated that it has been agreed upon to put barriers to entry gates as a precaution. This was decided during the meeting held by the company executive vice president Abdulaziz Al-Duaij with the president of the union to facilitate the work in the refineries and projects implemented by the company such as the huge environmental fuel project on which thousands of persons contracted by private companies 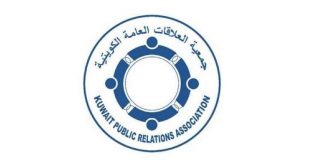 KPRS to honour ‘front-line’ workers for their sacrifices

KUWAIT CITY, Sep 25: The number of coronavirus infections in Kuwait rose by 590 on …