KUWAIT CITY, July 28: The Kuwait National Integrity Society (KNIS) called for the formation of a neutral technical committee to review the report of the parliament’s committee for investigation into the manipulations in appointments and promotions in the Kuwait National Petroleum Corporation (KNPC).

In a statement issued recently, the society called for expediting the restructuring of the oil sector as a whole, merging the companies affiliated with KNPC into a more efficient entity and a more agile administrative structure, and setting a time schedule for achieving the merger , reports Al-Qabas daily. It explained that the committee’s report contained a thicker presentation of the observations included in the reports of the State Audit Bureau. Many of these observations are serious ones that need to be addressed if proven, and necessary legal measures must be taken concerning what is proven.

The imbalance in systems must be studied, and necessary measures to enhance governance and integrity must be devised to ensure they are not repeated in the future. The Kuwait National Integrity Society expressed appreciation for the efforts of the Kuwait Petroleum Corporation and its companies in handling the observations included in the reports of the State Audit Bureau, revealing that the percentage of observations that have been settled reached 83 percent.

The society said it considers this ratio not to be the level of ambition, as it fears that the administrative inflation of the oil sector, multiplicity of its companies, and management of its departments constitute a major obstacle in the face of efficient performance.

It stressed that the division of departments and presence of a large number of officials make it difficult for carrying out tasks of internal and external controls, while they overlook the work of observers and auditors, in addition to providing an unfair structure to equal the salaries and rewards of officials, despite the large disparity in the sizes of oil companies and the magnitude of responsibilities.

Therefore, the Kuwait National Integrity Society, in view of its professional and technical view of the results of the report and statement issued by the Kuwait Petroleum Corporation in response to the report, recommends the following:

1. Form a neutral technical committee to review the results of the report issued by the parliament’s investigation committee, evaluate the procedures of the Kuwait Petroleum Corporation to address them, and make recommendations for enhancing integrity and governance systems in the corporation to avoid such observations in the future.

2. Accelerate restructuring of the oil sector as a whole and merging of the companies affiliated with the corporation into a more efficient entity, ensure a more agile administrative structure and set a time schedule for achieving the merger.

3. Form a neutral technical body responsible for overseeing the consultative project by restructuring the Kuwait Petroleum Corporation and its companies in complete isolation from the impact of the corporation’s executive management on the sensitivity of the project and its direct link to the conditions of the officials of the institution.

In conclusion, the Kuwait National Integrity Society expressed its full readiness to cooperate with the Kuwait Petroleum Corporation, Ministry of Oil and the National Assembly for developing systems and procedures to ensure a better realization of governance, justice and transparency standards in a manner that preserves the Kuwaiti oil industry. 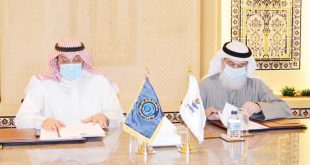 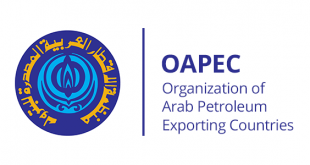