The public campaign to call for dropping loans was based on an initiative of Professor of Law at Kuwait University Dr Ibrahim Al-Hamoud who said, “There is no scientific, economic, legal or social justification that prevents the dropping of loans”. He explained, “The reduction of loans is a social, legal and economic argument. In terms of social justification, our society is based on the concept of social solidarity. It means people are united. The country resorted to social solidarity at the time of the financial crisis. At that time, the state had committed to pay salaries of citizens working in the private sector for two years. The volume of citizens’ consumer loans does not exceed KD 1.3 billion. The state can drop them through bonds of the same value”.

He praised the success of the public campaign to drop the loans, calling on the government to study the economic situation of the society, especially concerning loans.

Also, Political Analyst Ayed Abu Khosha indicated that the banks are suffering from the lack of borrowing by citizens due to which the government approved two projects – increase borrowing from banks and transfer citizens from Kuwait Credit Bank to commercial banks.

In addition, Mohammed al-Ajmi said he hopes the government will drop loans of low-income citizens so that they can live in dignity in their homeland, indicating that the courts have many cases of family issues because debtors are defaulting in paying loans. 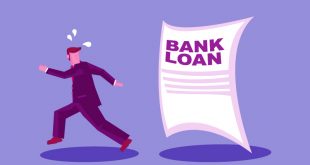