KUWAIT CITY, Feb 18: The Kuwait Integrated Petroleum Industries Company (KIPIC) has asked the Central Agency for Public Tenders to award a tender for maintenance services for Al- Zour Refinery – Section 2 on the offer that was submitted at the lowest prices and conforming to the terms and specifications, at a total amount of 50.859 million dinars, after calculating an arithmetic error of “0.53 percent” and call on the winner of the tender OCMI Engineering & Construction Co) to adjust the price, reports Al-Rai daily.

The agency agreed to the request of “KIPIC” to extend the initial insurance of the participating companies by tendering electrical maintenance services and precision machines for the Al-Zour refinery for a period of two months until the completion of the rest of the awarding procedures until the signing of the contract, while postponing the decision on the request of the Kuwait Oil Company to issue the seventh change order with a total amount of 6.525 million dinars equivalent to 23.6 percent of the value of the tender contract for providing maintenance and support services to the export facilities of the KOC signed with the Heavy Engineering Industries and Shipbuilding Company.

The agency postponed the decision on the request of the KOC to issue the first change order to reduce the amount of 2.429 million dinars, equivalent to 4.71 percent of the value of the contract for tender of the project to maintain the pressure of the third stage reservoir concluded with Gulf Four, with the contract being extended for 298 days from the date of signing the contract, which includes an increase of a total amount of 2.773 million dinars and a decrease of a total amount of 5.203 million 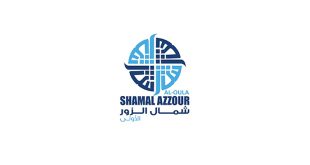 ‘Hatem Al-Awadhi will be acting CEO of KIPIC’