LOS ANGELES: Kim Kardashian became a single woman, nearly eight years after her marriage to Ye. Los Angeles Superior Court Judge Steve Cochran granted Kardashian’s motion seeking the legal status. He smoothed over some procedural objections to the move from Ye, formerly known as Kanye West, and dismissed others. Kardashian, who appeared at the hearing via videoconference, was put under oath to make a series of declarations required for the legal move.

“Mother, I’m going to ask you a series of questions now,” said Cochran, a colorful judge who calls all divorcing parents in his courtroom “mother” or “father.” They included, “Did problems, disputes and differences cause a breakdown of your marriage?” and, “Is it your desire to become a single person?” After Kardashian answered “yes” to all, Cochran said, “It is granted.”

The court can allow a person amid a complicated divorce to become legally single while issues of child custody and property are worked out. Cochran celebrated that the case was moving forward after stalling for several months. “We’ve made a lot of progress in here,” the judge told Kardashian. “We are rolling on this like a European train, fast and on time.” He also finalized dropping West from Kardashian’s name. When the hearing began and Kardashian came on the line, Cochran declared, “We’re about the kids here. We have 2, 4, 6 and 8,” referring to the ages of the couple’s four children. ”Is everybody doing OK?” (AP) 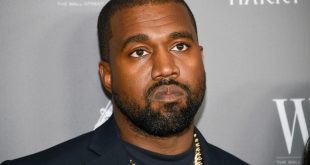