Cost to income ratio up to the end of Q3 of 2022 improved to 33.6% compared to 38.3% in the same period last year, supported by higher total operating income during the period.

Depositors’ accounts reached KD 15.86 Billion at the end of Q3 this year. In addition, the capital adequacy ratio reached 17.68% which is above the minimum limit required by regulators. This ratio confirms the solid financial position of KFH.

Al-Marzouq explained that the financial results KFH achieved in the first nine months of 2022 confirm the successful strategy of the Bank and its strong financial and operational performance. He added that KFH achieved growth in all key indicators and maintained remarkable ratios in terms of capitalization, maximizing profitability, ROA, ROE, optimization, improving asset quality ratios as well as the coverage ratio of provisions for non-performing debt.

Al-Marzouq stressed that KFH ranked first among the largest listed companies on Boursa Kuwait in terms of a market capitalization exceeding KD 11Billion. At the same time, he expressed his pride at the successful listing and trading commencement of KFH shares on Bahrain Bourse as part of the successful completion of KFH’s acquisition of AUB-Bahrain which represented a historic chapter and the beginning of the journey for KFH as the largest Kuwaiti bank and the world`s second largest Islamic bank in terms of assets.

Al Marzouq said that KFH is a key pillar in supporting the national economy and the development plans in Kuwait and the region through its leading role in providing a wide range of financing instruments, adding that KFH also plays the role of lead arranger of major syndicated facilities for institutions and governments.

Al-Marzouq pointed out that KFH is a cornerstone in social initiatives, and it has proven its commitment and leadership in CSR by participating in various community, relief and humanitarian initiatives inside and outside Kuwait. He highlighted some of KFH`s initiative such as restoring the damaged parts of Al-Mubarakiya to rehabilitate the market in a manner that befits Kuwait and its ancient heritage, paying off the debts of a number of defaulting debtors, in addition to community initiatives in various fields such as health, education, environment, persons with special needs, and more.

Moreover, Al-Marzouq pointed out that KFH participated in various societal campaigns in collaboration with the Kuwaiti Red Crescent, with whom it has a strategic partnership to implement relief and community initiatives inside and outside Kuwait. Among these campaigns were an initiative to treat cancer patients and a medical initiative in Jordan to perform more than 200 major and delicate surgical operations in collaboration with Kuwaiti doctors and consultants. KFH also cooperates with the United Nations High Commissioner for Refugees (UNHCR) in Kuwait through a memorandum of understanding and cooperation agreements.

KFH Acting Group CEO, Abdulwahab Iesa Al Rushood said that the sustainable profits strategy succeeded in achieving a strong, sustainable and balanced growth, stressing that various factors contributed to supporting this growth such as the success of the acquisition of AUB-Bahrain, leading to the formation of a giant banking entity, and the cross-listing of KFH shares on Bahrain Bourse and Boursa Kuwait, which would improve the opportunities for capital resources, enhance liquidity in financial markets, as well as  enhance the reputation and standing of the institution.

Al Rushood added that KFH is moving forward towards executing its strategy of focusing on core banking business in parallel with enhancing its efforts towards digitalizing its financing and banking services, customer experience and providing easy and safe products and services. At the same time, he added that KFH is focusing on accelerating its plans to provide innovative banking solutions that meet the aspirations of Millennial and Gen Z who are at the heart of KFH’s strategy.

He went on to say that the technology of Robotics Process Automation (RPA) and Artificial Intelligence (AI) are key components in KFH’s banking operations and in improving the increased performance and efficiency of operations, thus resulting in a wide range of innovative digital solutions, and strategic partnerships and agreements with Fintech companies.

As for sustainability, Al Rushood pointed out that KFH is the first bank in Kuwait to receive the Global Sustainability Assessment System GSAS- Gold Level Certificate which is normally granted to projects compliant with sustainability standards.

In the Human Resources field, Al Rushood stated that KFH received an honorary award from the Council of Ministers of Labor and Social Affairs in GCC for KFH’s excellence in the nationalization and qualifications programs at the private sector level in Kuwait. In addition, KFH won “Best Advance in Employee Engagement” and “Best Advance in Business Automation” from Brandon Hall Group.

In conclusion, Al Rushood expressed his appreciation for the trust of shareholders and customers and the support of the Board of Directors and thanked the regulatory authorities, praising the efforts of employees and all partners and stakeholders. He emphasized that KFH is keen to continue its efforts to maintain its leadership worldwide. 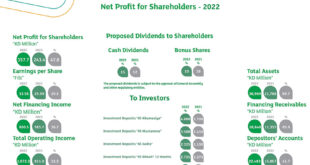 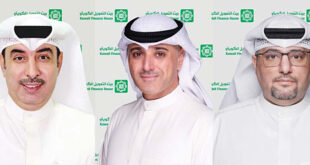 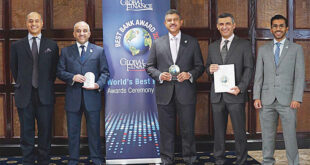 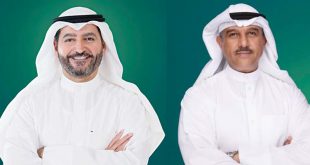 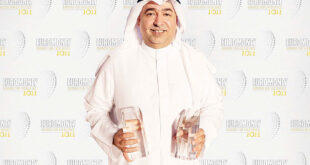