Al-Dallal demanded for clarification about rumors that the electric lines, barbed wire fences and dirt barriers at the borders are not being maintained.

He wants to know if there are disputes between the ministry and the company tasked to carry out maintenance works. He asked about the procedures taken by the ministry to make sure the electric lines, barbed wire fences and dirt barriers are functioning well; if the ministry has a special department in charge of checking these installations regularly; names of individuals and companies tasked to carry out regular maintenance works; and copies of relevant contracts.

He inquired if the Ministry of Interior provides updates on the condition of barbed wire fences, electric lines and dirt barriers to its joint operations unit with the National Guard.

In addition, MP Saleh Ashour also submitted questions to Al-Saleh about Kuwait Foundation for the Advancement of Sciences (KFAS), its subsidiaries, and number of official missions carried out by the chairman funded by KFAS from Jan 1, 2017 until the date of submitting these questions, along with the venue and cost of each mission. He requested for a list of all employees at KFAS including their nationalities and job descriptions, nationalities of those working abroad if any, their qualifications and tasks.

He asked if the law on the establishment of KFAS stipulates granting scholarships to employees to obtain masteral and doctorate degrees. If yes, he requested for a list of such employees from Jan 1, 2017 till the date of submitting these questions. He wants to know the number of Kuwaiti employees terminated in the last five years if any and reasons for termination; as well as the number of consultants who signed contracts with KFAS from 2010 till date, value of each contract and tasks of each consultant.

Meanwhile, Al-Ashour urged the government to add the investment revenues of Kuwait Petroleum Corporation (KPC) and Kuwait Fund for Arab Economic Development (KFAED to the State budget for this fiscal year. He said the government should impose tax on tenders valued at millions of Kuwaiti dinars, as well as banks and companies which earn huge profits. He also stressed the need for the government to minimize expenditures and stop granting aid to foreign countries, instead of obtaining loans or imposing tax on citizens.

In another development, the Council of Ministers has instructed public institutions to review 87 bills and draft laws referred to the National Assembly, present their opinions in this regard, and cancel bills and draft laws deemed unnecessary. The government is currently reviewing 29 agreements between Kuwait and other countries; including the agreement with the USA on handing over individuals wanted by law as per the order of the International Criminal Court which was referred to the Cabinet in 2004, the GCC security agreement referred in 2013, and agreement on value added and selective taxes referred in 2017.

Furthermore, the Handicapped Affairs Committee at the National Assembly has finalized its agenda for the current parliamentary term including the one draft law and 11 proposals submitted by a number of MPs as follows:
■ Report of the Legal and Legislative Affairs Committee on the draft law submitted by MP Muhammad Husain Al- Dallal regarding the establishment of an integrated complex for the handicapped consisting of schools, research centers, rehabilitation, hospitals, sports and amusement facilities.
■ Proposal of MP Majed Al-Mutairi to establish Sabah Al-Ahmad City for the Handicapped.
■ Proposal of MP Mubarak Al-Hajraf to amend Law No. 8/2010 in order to develop the share of the handicapped in the pension of his father, mother, wife and children to be deserving of full pension instead of a special pension. It stipulates granting the handicapped children of a Kuwaiti woman married to a non-Kuwaiti with the same privileges granted to those whose fathers are Kuwaitis.
■ Proposal of MP Askar Al-Anzi to increase the allowance given to the father of a handicapped child to KD 150 per month.
■ Proposal of MP Osama Al-Shaheen to allow handicapped Bedouns holding disability cards to enroll at Kuwait University and the Public Authority for Applied Education and Training (PAAET). 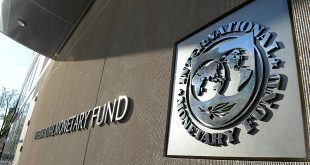 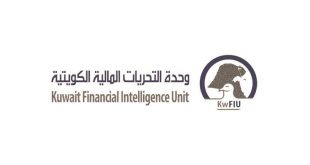 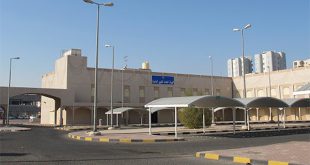 KUWAIT CITY, Jan 22: The latest statistics released by the National Employment Sector in the …