KUWAIT CITY, Nov 30: Dalal Al-Yaqout, the Chief Operating Officer of The Shared Electronic Banking Company (KNet), revealed that citizens and residents of Kuwait spent about KD 18 billion through KNet outlets, approximately KD 9.5 billion through point-of-sale devices, and about KD 8.5 billion through electronic payments and cash withdrawals from ATMs during the first ten months of 2021, reports Al-Anba daily. In an exclusive interview, Al-Yaqout explained that the total payment transactions recorded by KNet during the first ten months of this year amounted to about 420 million, including 282 million payment transactions via point of sale devices, and about 138 million transactions through electronic payments and cash withdrawals from ATMs. There has been a growth of more than 50 percent for all the company’s operations in terms of the number and value of transactions since the beginning of this year until the end of last October, as compared to the same period in 2020.

More than 940,000 operations are conducted through points of sale daily at an average rate of 28.2 million transactions per month. Their value exceeds an average of one billion dinars per month. During the peak time, more than 89,000 transactions are conducted per hour through point of sale devices inside Kuwait. The value of payment transactions registered with KNet during the month of September amounted to about one billion dinars. It is an unprecedented record level in the value of monthly point-ofsale transactions in the Kuwaiti market. The most active consumer sectors through point-of-sale payments in Kuwait in September were led by the restaurants sector, accounting for 20 percent of the total transactions, followed by 18 percent in supermarkets and cooperative societies, nine percent by the fast food sector, and four percent at gas stations.

Tendency
Al-Yaqout stressed that consumers in Kuwait have a tendency to rely on the use of electronic means to complete payments either via the Internet or through point-of-sale devices, in exchange for reducing dependence on cash, since the beginning of the COVID-19 pandemic, which led to a significant boom in pointof- sale transactions, especially during the month of September. She revealed that the demand for dealing with cash during the COVID-19 crisis decreased significantly, which indicates a change in the behavior of consumers in the country towards preferring electronic payments for all their daily transactions.

Al-Yaqout affirmed that KNet has highly qualified specialists to deal with any problems or glitches in the company’s network. She said the point-of-sale devices in the Kuwaiti market currently work on a closed network that cannot be penetrated, explaining that a normal SIM card is placed inside the device and is not connected to the Internet, due to which the network of these devices cannot be hacked. Al-Yaqout affirmed that the company’s point-of-sale devices enjoy a high degree of security and protection to protect customer data, adding that the company has international quality certificates, and possesses necessary hardware and software to protect transactions from any infiltration that may occur. She explained that the company’s POS devices have diversified since the beginning of its work in 1995 until today.

Currently
The company currently offers its customers more than ten types of POS devices, in addition to many services related to these devices such as connecting and maintaining devices, and providing all their accessories, which is done through a specialized department in the company for these services. The number of POS devices currently in the Kuwait market is about 82,000 as of the end of October 2021, with a growth rate of about seven percent, compared to the end of October 2020 when the number of POS devices in Kuwait was about 76,500. More than 93 percent of the POS devices currently offered in the Kuwait market contain GPRS technology for communications.

About 92 percent of the POS devices support NFC technology or contactless payment. It is worth mentioning that the Shared Electronic Banking Services Company (KNet) was established in 1992 with the participation of the local banks that existed at the time in order to link all the systems of the local banks in Kuwait, and provide a range of banking services through an advanced network. The company prides itself on always maintaining the highest international standards of security and efficiency.

It began providing its services in 1994, including automated interface among local banks, POS services, automated teller machine (ATM) services, electronic payment gateway via the Internet, GCC network, cheque book printing, and other specialized services in the field of electronic payment system. In conclusion, Al-Yaqout said the company receives on a monthly basis about 16,000 requests for the supply and delivery of billing papers for POS devices, and an average of about 4,000 requests for device maintenance from merchants on a monthly basis. She highlighted the fact that the company has a huge team of employees qualified to meet these requests. 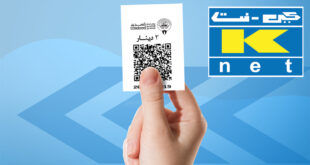 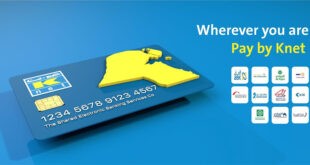 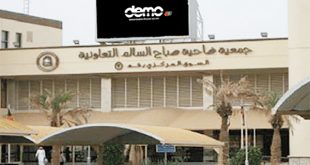 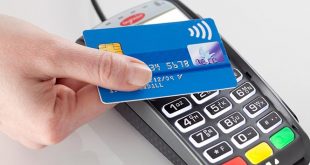 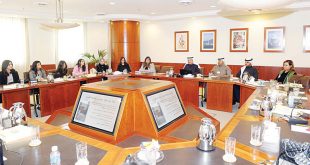