SAN FRANCISCO, Oct 28, (AFP): Apple said Tuesday that surging iPhone sales helped propel a sharp rise in quarterly profits, as the tech giant delivered a record 48 million of the smartphones. Profits rose 31 percent to $11.1 billion, while revenues jumped 22 percent from a year ago to $51.5 billion, Apple said. The California tech giant, which in September unveiled revamped versions of the iPhone, said the number of units sold jumped 22 percent from last year while revenues lifted 36 percent.

Apple, the world’s biggest company by market value, gave back early after-hours gains and dipped 0.2 percent to $114.30 on the results. Chief executive Tim Cook said Apple closed the books on its fiscal year, calling it “Apple’s most successful year ever,” following strong iPhone sales and a range of new or upgraded devices. “We are heading into the holidays with our strongest product lineup yet, including iPhone 6s and iPhone 6s Plus, Apple Watch with an expanded lineup of cases and bands, the new iPad Pro and the all-new Apple TV, which begins shipping this week,” Cook said in a statement.

For the full fiscal year ending in September, Apple booked a whopping $53.4 billion profit, up 35 percent, while revenues rose 28 percent to $233.7 billion. Some $12.5 billion in revenue came from China — down five percent from the past quarter but double the level of a year ago. Cook said the fiscal year showed “our largest absolute revenue growth ever” and was helped by “huge inroads into emerging markets generating over $79 billion of revenue and growing 63 percent despite very strong headwinds from foreign exchange.”

The iPhone was the key driver for Apple, bringing in more than 60 percent of its revenues for the past quarter.  But iPad unit sales fell 20 percent in the quarter to 9.9 million units. For its traditional computers, Apple sold an all-time record 5.7 million Macs in the quarter. No specific sales figures were given for the Apple Watch, but the results showed revenue from “other” products was $3 billion over the same period.

Cook said of the Apple Watch that “we’re in the very early innings of this promising new part of our business.” Apple Watch “has already had a tremendous effect on customer health and fitness and the stories we’re hearing about its impact are truly inspirational,” he added. Apple is making efforts to diversify with services such as its streaming music service and Apple Pay, and its new streaming television devices.

“The reach of our ecosystem continues to grow, and iOS is changing more and more aspects of our customers lives in very meaningful ways from their health to their homes to their cars,” Cook said on the earnings call. He added that Apple Pay is expected to expand to Hong Kong, Singapore and Spain in 2016.

Cook visited China last week and said Apple will continue to invest in the country despite slowing growth in the world’s second-largest economy.

The launch of the company’s large-screen iPhone 6 and iPhone 6 Plus last year boosted its sales in China, though it faces sharp competition from domestic competitors such as Xiaomi and Huawei. On his Chinese Sina Weibo — or microblog — account, Cook posted a photo of himself climbing the Great Wall and said he was “Happy to be back” in China. The US company was due to open its 21st mainland China store in the northeastern city of Dalian. Apple aims to have 40 stores in China by next year. 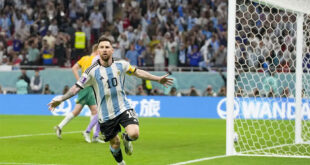 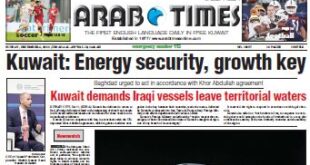 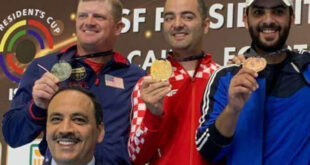 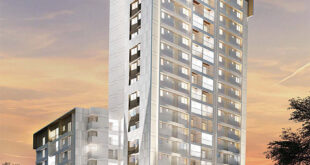 This post has been read 4811 times! Skyline ensures customers of its quality and trust …