KUWAIT CITY, Aug 19: Social media went abuzz with a fatwa from the former dean of the Faculty of Sharia Dr Mohammed Al-Tabtabaei, in response to a question on Kuwait TV recently about a tattoo calling it haraam to paint it on the body for both women and men, reports Al-Qabas daily.

Al-Tabtabaei described those who inscribe tattoos commit a big sin and called for the need to erase it. The fatwa has received a great deal of reaction from social media users.

When the daily contacted the Fatwa Department of the Ministry of Awqaf it confirmed that the fatwa had been issued the tattoo on the body is haraam and a great sin because it changes what God has created (body). 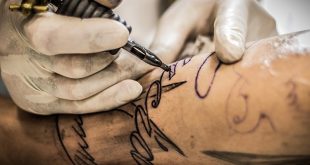