KUWAIT CITY, Aug 7, (KUNA): Minister of Information and Culture and Minister of State for Youth Affairs Abdulrahman Al-Mutairi paid tribute to the famous actress Intisar Al-Sharrah who recently passed away. She was a pioneer in arts, theatre and drama locally, in the Gulf and the Arab world, said the minister in a statement on sidelines of her funeral. Al-Sharrah had enriched the arts and cultural sectors for four decades, he said, recalling her contributions to television, radio programs and the Kuwaiti theater. He expressed condolences to family of the deceased, Kuwaiti artists in Kuwait and the Gulf. 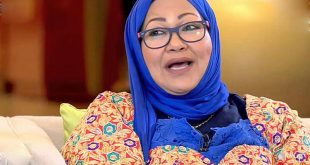