KUWAIT CITY, April 7: MP Riyadh Al-Adsani has confirmed submission of the ‘inflated bank accounts of MPs’ case to the Public Prosecution, while stressing the need for the government to appeal if the court will dismiss the case or reserve judgment. He warned that the concerned minister will be grilled in case the government does not take such a step.

He pointed out the State does not lack the legislative structure required for this case to progress. He attributed the inflation of some MPs’ bank accounts to money laundering, not bribery; adding that four out of the 30 names referred to the prosecution are heavily suspected so far.

He said his role as an MP ended as the case is now in the hands of the judiciary but he kept copies of all the relevant documents. “If any other MP wants to issue a statement regarding this issue, it is their right. However, they must familiarize themselves with details of the issue before issuing any statement,” he suggested.

In another development, MP Osama Al-Shaheen submitted a proposal to electronically link the database of the Ministry of Higher Education with that of its interior and defense counterparts to avoid complications for students in relation to their mandatory military service.

The MP disclosed some students are forced to postpone their military service due to their current academic situation. Since some of students have failed to update their status in the database of the defense and interior ministries, the security officers have to apprehend them as a precautionary measure considering the possibility of unjustified avoidance of conscription. Furthermore, the parliamentary Financial and Economic Affairs Committee recently discussed the proposed amendments to the General Tenders Law with several owners of small and medium enterprises because the proposal allows them to participate in governmental tenders.

The committee stressed the importance of considering the inputs of these entrepreneurs in order to promote the private sector and create an attractive work environment by eliminating obstacles and complex procedures. Moreover, MP Khaleel Abul submitted several proposals aimed at developing the Kuwait Center for Mental Health which, he believes, is falling behind in terms of security and protection of doctors, nurses and patients.

His proposals include the installation of CCTVs to monitor the whole hospital, provision of constant security presence at the hospital, direct link between the hospital and the Interior Ministry for quicker response in case of emergency, and installation of an intercom system similar to those found in other countries for employees to communicate promptly during emergency situations

Share on:
WhatsApp
Share
Previous End-of-service benefits rejig only for Kuwaitis
Next Panel to check financial transactions of insurance firms 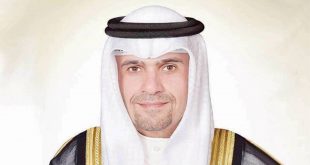 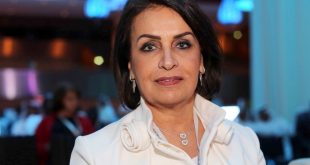