KUWAIT CITY, Dec 2: Six people, among them two infants, were rescued from an apartment that caught fire in Salmiya area before firemen evacuated the building, contained the fire and prevented it from spreading to neighboring apartments. Security sources said the Emergency Operations Room received report about a fire in an apartment at Salmiya and dispatched a rescue team to the scene to deal with it. The cause of fire wasn’t immediately known.

In the meantime, paramedics treated the six people for complications of smoke inhalation. A case was registered.

Meanwhile, a vehicle went up in flames on the Fourth Ring Road due to a short circuit, causing material damage and traffic jam. Fireman managed to douse the flames without report of human casualties.

Driver of the vehicle said he noticed smoke coming from the engine while he was driving along Fourth Ring, and to his surprise, the vehicle suddenly went up in flames.

Fireman arrived at the scene in a record time and quenched the blaze without recording human injuries. The debris was towed from the road and traffic was restored. And, firemen doused a fire in a tanker parked behind a private hospital in Salmiya area. There was no report of human injury. A fire source said the Operations Room of the Interior Ministry received information about an outbreak in a heavy duty vehicle and a pile of junk deposited behind a private hospital in Salmiya area. Firefighters were dispatched to the scene and they managed to extinguish the fire covering about 150 square/meters area. A case was registered. 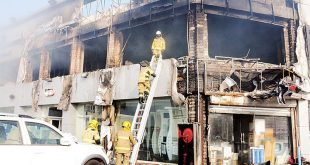 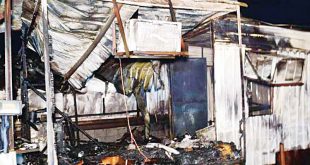 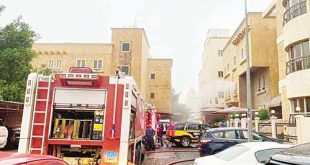 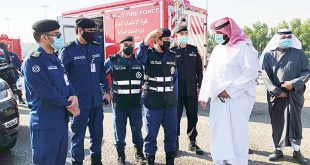 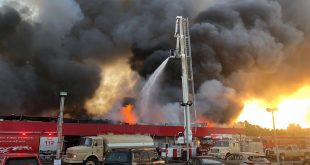 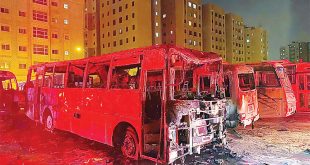