KUWAIT CITY, July 4: The Indian Embassy in Kuwait hosted a major Indian business delegation representing the food and beverage sector and also organized a B2B meeting between Indian and Kuwait stakeholders. The meeting was arranged by the Federation of Indian Chambers of Commerce and Industry (FICCI); the first major business delegation from India visiting Kuwait in the last two years.

The business meeting was held in partnership with the Indian Business and Professional Council (IBPC) and Indian Business Network (IBN) of the embassy. Ambassador of India to Kuwait HE Sibi George in his remarks highlighted the long-standing dynamic relationship between India and Kuwait which is a multi-faceted relationship with excellent political relationship, growing business partnership and deepening people to people connect. He stated that Kuwait is part of India’s energy security efforts and India is part of Kuwait’s food security efforts. Kuwait is a partner in India’s economic progress, economic transformation and establishment of an Aatmanirbhar Bharat (Self-Reliant) India.

New record Ambassador highlighted the new record of over $400 billion of goods export worldwide from India, which was indeed an ambitious mission considering the best India achieved in merchandise exports in the past was $330 billion in the pre-COVID days of 2018-19, before the pandemic battered all global trade. This remarkable feat was achieved by policy measures, reforms, export-promotion schemes, major initiatives such as the Production Linked Incentive Scheme and bold decisions in the face of adversity which has propelled India to become the fastest growing major economy in the world. Exports have boomed, setting a series of monthly records that have added up to historic achievement in 2021-22.

Indian culture The Indian envoy further highlighted the events being organized by the embassy to showcase Indian culture, tourism, heritage, deepening India’s economic engagement with Kuwait and highlighting India’s scientific achievements. In this regard, Ambassador mentioned about multiple events that the embassy organized under the banner of Aatmanirbhar Bharat including various business networking events, one district one product promotion events, many Made in India exhibitions at the Embassy and in prominent venues like Yarmouk Center and Sadu House, and many state facilitation events focusing on different states of India promoting 3 Ts — Trade, Technology and Tourism – which has been yielding results.

This year 2022-23 India has set even more ambitious target in further increasing exports to Kuwait. The items identified include many in the food and beverages sector such as rice, marine products, spices, meat, dairy and poultry products, tea, coffee, cereals, cashew etc. The ambassador invited the stakeholders in India and Kuwait to be a part of the Indian growth story and help increase Indian exports to Kuwait. 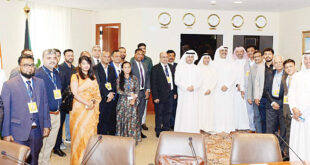 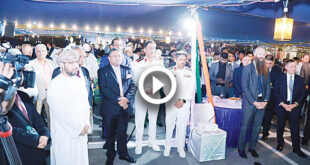 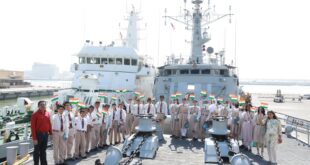