KUWAIT CITY, Dec 30: An Indian died of his injuries after he was hit by a motorist while crossing a road in the Al-Raqqa region, reports Al-Rai daily. Acting on information traffic police and paramedics rushed to the site of the accident but could do nothing to rescue the man. The motorist, an unidentified woman, who hit the man surrendered to police at the site of the accident. She added, the man crossed the road “all of a sudden and I could not avoid hitting him,” she said. She is being interrogated. 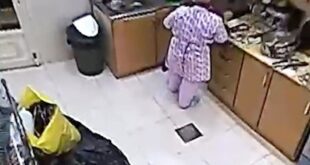