KUWAIT CITY, Oct 15: Acting on a tip-off personnel from the Residence Affairs Department have arrested an Indian, identified as Shaikh Pasha, for entering the country on a forged travel document, reports Al-Rai daily. The daily added the suspect was deported twice from the country and the latest was four months ago. He reportedly bribed ‘someone’ to enter the country after paying the man KD 400. It has been reported a Kuwaiti employee at the airport is involved and after the Indian arrived he reportedly gave the passport to him to complete the arrival procedures. The CID detectives are said to have also arrested the Kuwaiti employee.

Police hunt ex-husband: Police are looking for the ex-husband of a Kuwaiti woman for fraud and swindling her to the tune of KD 50,000, reports Al-Anba daily. According to the complainant, the ‘husband’ borrowed from her KD 50,000 (KD 48,000 was paid through bank transfer and KD 2,000 cash) to invest in his projects. However, after the divorce the wife discovered the man does not have any projects. The lawyer representing the wife has filed a case against the man and has submitted to the concerned authorities the relevant documents. 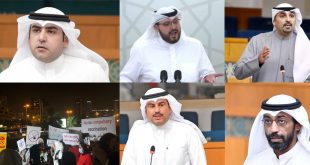 KUWAIT CITY, June 9: The Drug Control General Department, which is affiliated to the Criminal …