KUWAIT CITY, June 12, (Agencies): During the recent visit of India’s External Affairs Minister to Dr. S. Jaishankar to Kuwait to enhance high level political exchanges in the context of 60th anniversary of establishment of diplomatic relations between India and Kuwait, a Memorandum of Understanding (MoU) has been signed between both sides within the ambit of a legal framework which streamlines the recruitment of domestic workers, says a press release issued by the embassy. The employment contract ensures the rights and obligations of both the employer and the domestic workers and establishes a mechanism for 24 hours assistance to the employees of this denomination.

It provides for the establishment of a joint committee for periodic review and assressment and to follow up the implementation of the MoU which will conduct annual meetings. The MoU was signed on behalf of India by Ambassador of India to Kuwait Sibi George and on the part of Kuwait Deputy Minister for Foreign Affairs of Kuwait Majdi Ahmad Al- Dhafiri put his initial on the document that will facilitate the employment of Indian domestic workers in Kuwait. The MoU was signed in the presence of Sheikh Dr Ahmad Nasser Al-Mohammad Al-Sabah, Minister of Foreign Affairs and Minister of State for Cabinet Affairs, State of Kuwait and Dr S. Jaishankar.

Kuwait and Indian has agreed to hold the first meeting of the India- Kuwait Joint Commission Meeting later this year and also to set dates for early meetings of the Joint Working Groups on Health, Hydrocarbon and Manpower. The two sides also agreed to set up new Joint Working Groups in other areas of cooperation. On Thursday, Kuwait’s Foreign Minister Sheikh Dr Ahmad Nasser Al-Mohammad Al-Sabah hailed the “depth” of his country’s ties with India, saying bilateral relations remain on an upward trajectory. Against the backdrop of the 60th anniversary of the establishment of diplomatic ties, the Kuwaiti foreign minister, amid talks with his Indian counterpart S Jaishankar, said relations have made tremendous progress across numerous fields.

As the world’s second most populous nation fights an upsurge in coronavirus cases, fueled by an indigenous variant, the Indian minister said New Delhi appreciates the copious amounts of aid it has received from Kuwait to help cushion the blow from the pandemic. Matters such as healthcare and food security were among the focal points of the talks, which also covered regional and international happenings, with both sides seeing more room for cooperation in crucial sectors such as trade and investment. The talks also yielded a deal for the recruitment of domestic labor from India, one of many agreements that typify the growing proximity between the two countries.

Share
Previous India-Kuwait relations rooted in history, have stood test of time
Next ‘Unity and healing’ 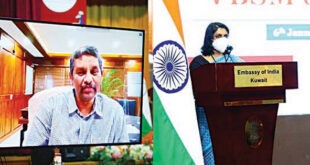 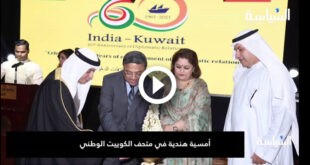 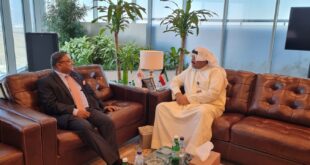 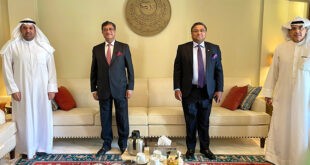 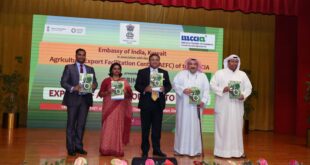 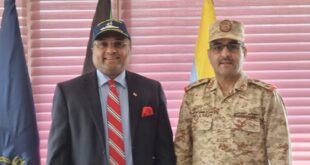