KUWAIT CITY, Aug 6: The latest intelligence analysis revealed that attacks involving data loss threats, including phishing and social engineering fraud in Kuwait by 115%, witnessed a massive increase in the second quarter of 2022 compared to the previous quarter, and Kaspersky Security Solutions discovered 784,043 phishing attacks occurred in Kuwait in the second quarter of this year, reports Al- Anba daily.

The principles of social engineering, sometimes called “human hacking” fraud, are used in many ways and for different purposes, all of which aim to entrap reckless or unwary users by luring them to fake sites and tricking them into entering their personal information, which often includes data registration, access to financial accounts, such as bank account passwords or payment card details, as well as login data to social media accounts, which opens the way for many malicious operations, such as money theft and penetration of institutional networks. Phishing is one of the effective attack methods, given its wide scope, as cybercriminals increase their chances of success in searching for users’ login data to various types of accounts, by sending massive waves of emails disguised under the names of official organizations and brands. Criminals employ a variety of tricks to bypass email bans and attract as many users as possible to their fraudulent sites 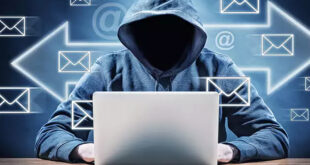 From jail to fine in fraud case