KUWAIT CITY, June 26: The Public Relations Department of Kuwait Municipality has affirmed the continuation of the inspection campaign titled ‘Your Health Matters’ during the Holy Month of Ramadan by the regulatory agencies and emergency teams in all six governorates, reports Al-Seyassah daily.

The Hawally Emergency Team carried out an inspection campaign of bakeries and restaurants in the area during which they issued 15 citations and destroyed 17 kilograms of food items as well as ordered closure of two shops for utilizing space without permission from the municipality.

During a press conference, the department affirmed that the municipality’s campaigns will continue in all areas, particularly in bakeries, locations where food are prepared and shops that sell food items, during and after Ramadan with the aim of safeguarding the health of consumers and ensuring they have access to authentic foodstuffs.

Meanwhile, Director of Hawally Emergency Team Riyadh Al-Rabea explained that the campaign carried out by his team kicked off at 3 pm and lasted until 6 pm. They destroyed 17 kilograms of foodstuffs and issued 15 citations out of which 12 were for employing workers without getting their health certificates, 2 for utilizing space without permission from the municipality and one for selling foodstuffs that do not confirm with health regulations.

The campaign was carried out by Hawally Emergency Team which is headed by Al-Rabea and comprises of inspectors Ali Al-Salem, Waleed Al-Hashem, Abdulkhaliq Abdul Qudous and Adel Al-Essa as well as Public Relations Director Faisal Al-Osaimi and an employee of the Media Department Mohammad Al-Qallaf.

Meanwhile, Salhiya area detective officers arrested a Kuwaiti woman for stealing gold bangles from the hands of children in Mubarakiya traditional market. Security sources said the police post at Mubarakiya traditional market received reports from several individuals regarding a woman wearing ‘abaya’ and veil who lurked around children in the market and stole their gold bangles and bracelets. The information prompted security operatives to intensify surveillance to arrest the culprit.

The woman alongside the stolen items was referred to concerned authority for necessary action. The police have since registered a case to trail the shop owner who bought stolen gold bracelets from the woman.

The Public Relations and Security Media Department has cautioned families on adorning their children excessively with jewelries and leaving them unmonitored while shopping. He stressed such action might prompt people with weak souls to take advantage of the situation to steal from the children. It reaffirmed commitment to provide enough security in the markets, commercial complexes, and recreational centers to preserve security and safety. 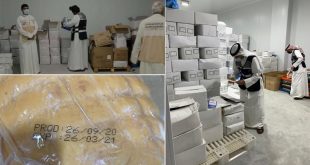 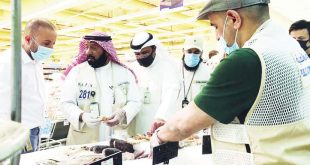 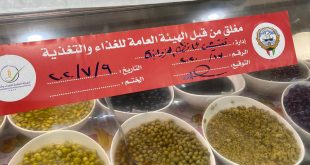 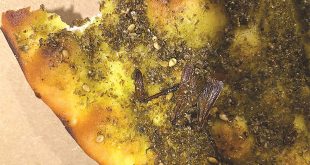