A mammoth crowd of mostly barefoot Filipino Catholics joined a raucous procession Wednesday of a centuries-old black statue of Jesus Christ despite terrorism fears and amid the president’s attacks on the Catholic faith. Police said they have not monitored any specific threat but that they deployed more than 9,000 police and troops, including bomb squads backed by a surveillance helicopter, to secure the annual procession of the wooden Black Nazarene along Manila’s streets. Police were expecting up to 5 million people to join the dawn-to-midnight procession.

More than 800,000 devotees attended a Mass and the first few hours of the procession, national police Director General Oscar Albayalde said. Tens of thousands of others joined in and went as one of Asia’s biggest religious events unfolded.

Authorities imposed a gun and liquor ban and cellphone signals were jammed in the vicinity of the procession. Flights over the area were prohibited along with sailing in nearby Manila Bay and along a key river where special police and coast guard forces guarded bridges that the mass of devotees passed through. Despite the threats and the tropical heat, mobs of devotees in maroon shirts dangerously squeezed their way into the tight pack of humanity around a carriage carrying the life-size statue of Christ.

They threw small towels at volunteers on the carriage, which was being pulled by ropes, to wipe parts of the cross and the statue in the belief that the Nazarene’s powers cure ailments and ensure good health and a better life. (AP) 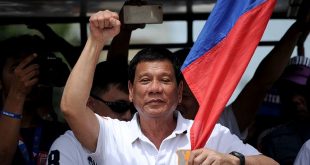 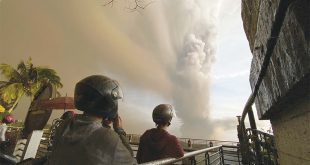