KUWAIT CITY, Aug 21: Director General of the General Administration of Customs, Suleiman Al-Fahd, revealed that the Air Customs Department seized a large amount of narcotics, which is 80 kilograms of larica powder and 300,000 empty capsules ready to be filled, in 4 shipments coming from an Asian country, reports Al-Rai daily. He explained that the seizures were described in the documents as “table salt”, “painting dyes” and “food supplements”, well in fact, they were mined with the narcotic lyrica powder.

Al-Fahd stressed that “We are continuing to develop the customs system and train employees at the highest levels, and we have modern inspection methods on how to deal with smugglers, and we will strike an iron fist and will not allow those who try to tamper with the country’s security.” He praised the cooperation between all departments in the Air Customs, in cooperation with the Ministry of Interior represented by the Anti-Narcotics Department, in order to apprehend the accused. 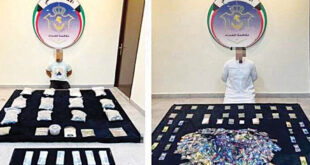 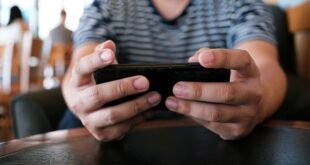 This post has been read 11723 times! Battling drugs cause for concern KUWAIT CITY, Jan …