KUWAIT CITY, June 6: The Health and Social Affairs Committee met on Sunday in the presence of Minister of Health Dr Basel Al-Sabah and senior officials of the ministry. Rapporteur of the committee MP Saadoun Hammad revealed they talked about the Health Ministry’s readiness to deal with the Indian variant of Covid-19 and procedures for passengers coming from countries with high number of corona cases. He also asked the minister about the losses that Kuwait Airways Corporation (KAC) incurred due to the suspension of flights, disclosing the minister said the DGCA issued this decision and should own the loss and added that his ministry has recommended the resumption of flights.

He confirmed the committee also tackled the paper exams for grade 12 students; indicating the minister informed the committee that 27,000 out of 50,000 students were vaccinated against corona 48 hours before the date of the exams. He also quoted the minister as saying that some students refused to take the vaccine. The committee asked the minister about the steps taken regarding these students, but the latter merely pointed out that this is under the jurisdiction his education counterpart. It seems every minister is putting the responsibility on the other’s shoulders, he asserted. He affirmed that the committee stressed the need to conduct online exams unless all the students get vaccinated before the exams. Meanwhile, National Assembly Speaker Marzouq Al-Ghanim invited the MPs and government to the ordinary session slated for Tuesday.

The agenda also includes the following:
■ Voting on the proposals to amend Audio-Visual Law No. 61/2007 and Publishing and Printing Law number 3/2006 in their second readings,
■ Amendment of Law No. 21/1964 on boycotting Israel,
■ Report of the Legal and Legislative Affairs Committee on the proposal to amend Penal Code No. 17/ 1960,
■ Report of the Human Resources Committee about the appointments in the public sector,
■ Reports of the relevant committees on bills regarding the elections and Kuwait Fund for Arab Economic Development (KFAED).

Also, the Financial and Economic Affairs Committee met on Sunday in the presence of Governor and Board Chairman of the Central Bank of Kuwait (CBK) Muhammad Al-Hashel, and representatives of the Capital Markets Authority and Public Loans Unit in the Ministry of Finance. Committee Chairman MP Ahmed Al-Hamad disclosed that they discussed the Sukouk Bill, consisting of 38 articles, which the government submitted to the previous Assembly. By Saeed Mahmoud Saleh Arab Times Staff

Share
Previous Instant fine of KD 50 against violators of health measures including wearing mask
Next 1,297 new cases; 1342 recover from coronavirus 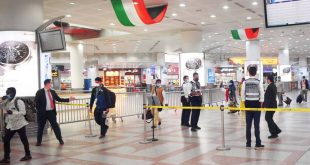 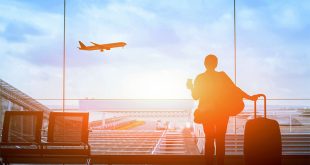