Half a million people receive corona vaccine out of registered 1m

MoH plans to expand campaign to other new groups

KUWAIT CITY, March 24: The number of people registered on the vaccination platform to receive the vaccine against ‘Covid-19’ since the beginning of the campaign until now has approached one million — citizens and residents, reports Al-Jarida daily. The daily, quoting health sources, pointed out the number of people who have received the vaccine in Kuwait so far is about half a million people citizens and residents. The sources added the Ministry of Health plans to expand the vaccination campaign during the next few days to other new groups, including all personnel working in cooperative societies, administrators and others, in addition to those working in mosques, including imams, muezzins and others.

The sources explained the ministry will soon form medical teams to visit their workplaces, noting that the ministry’s strategy is to work in two directions, the first to receive citizens and residents in the various vaccination centers that have been set up in all regions of Kuwait, whether the Kuwait Vaccination Center in the Fairgrounds or other centers to receive people for vaccination in clinics designated for this, and the second trend is to go out to specific groups to be vaccinated in their workplaces and sites, pointing out that these medical teams will start their work within days. The sources pointed out that this step will be launched as soon as the quantities of the vaccine arrive in the country during the next few days, with the aim of facilitating and accelerating the vaccination process.

Importance
The sources stressed the importance of vaccination during the current and coming period, especially in light of the significant increase in the number of deaths, infections and people needing intensive care, whether the elderly or young people or even children and young people, during the past two months.

The sources warned of the increasing number of infections among children and young people, and called on the parents to follow up on their children, urging them to wear the face masks, and adhering to health requirements and taking precautionary measures when going out, stressing the importance of caution, and not being complacent during the first stage. 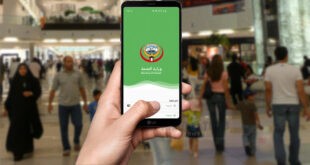