RIYADH, July 21: The Council of Gulf Railways discussed the proposal for the framework of the rail network work program. This came during the first meeting of the council via video call, according to a statement by the General Secretariat of GCC on Thursday, with the attendance of all council members, as well as the participation of the head of economic affairs sector in the Secretariat Abdul-Malik Al Al-Sheikh. 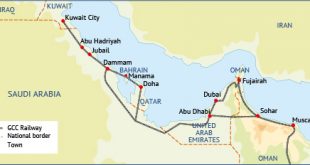