KUWAIT CITY, March 21: MP Osama Al-Shaheen said the government’s insistence to push for approval of the bill on allocating KD3 billion to support traders implies that it cares only about the interests of big businessmen and neglect the owners of small and medium enterprises (SMEs).

Meanwhile, Chairman of the parliamentary Health Social and Labor Affairs Committee MP Saad Al-Khanfour called on the Ministry of Health to exempt citizens who received two doses of coronavirus vaccine from institutional quarantine when they arrive to Kuwait. He said this procedure is already adopted by a number of countries, pointing out this will encourage more citizens to get vaccinated. He asked for increasing the number of centers allocated for vaccinating citizens and these centers should operate 24/7 in order to achieve the targeted number of vaccinated individuals as fast as possible. He requested for adopting the experience of some countries in the issuance of ‘health passports’ to citizens who have been vaccinated to facilitate travel procedures. Al-Shaheen affirmed the MPs will try their best to enforce a law to support the owners of SMEs who suffered from enormous damages due to the coronavirus crisis, pointing out all they need is around KD400 million to KD500 million.

He also stressed the importance of providing support to ordinary citizens who have no businesses and suffered a lot because of the increasing prices. Meanwhile, constitutional expert Dr Muhammad Al-Muqatei said there are two options to address the issue on the parliamentary membership of former MP Badr Al- Dahoum. Highlighting the fact that it is impossible to execute the verdicts issued by the Cassation and Constitutional courts as they are contradictory, he suggested submission of a request to the Court of Cassation to issue a decision to implement its verdict which qualified Al-Dahoum to stand for the 2020 parliamentary elections. He revealed the other solution is for the Parliament to choose between the two verdicts since they were issued by different courts on the same case. 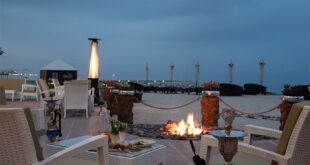