KUWAIT CITY, Sept 30: It seems that the circle of those against the decision for expatriates above the age of 60 years and without higher learning certificates from renewing work permits, except after paying a fee of KD 2,000 is expanding dramatically, reports Al-Rai daily. This comes after the Minister of Commerce and Industry Dr. Abdullah Al-Salman showed interest in amending the decision, prompting 11 unions and car companies to adopt his opinion with the head of the Kuwait Chamber of Commerce and Industry Muhammad Al-Saqr, and directing His Highness the Prime Minister Sheikh Sabah Al- Khaled to look into the amendment of this decision.

In this regard, informed sources explained that the unions included car dealerships, Kuwaiti industries and banking, as well as the Al-Mulla Group and other car companies that addressed the matter in this regard separately, especially in terms of technical workers in order to benefit from their expertise, let alone the fact that the process is generally reflected in the public interest.

These institutions addressed His Highness the Prime Minister in their letter by saying, “Given the importance of the projects we undertake in the public and private sectors and the need to complete these projects in line with specific timelines, and to avoid the country’s development plan from being affected by the delay caused by the COVID-19 repercussions, there is a need to amend the 60-year decision in a manner that is appropriate with the requirements of these different sectors.

The automotive, banking, and industry sectors permanently evaluate their own technical labor, and sort them out to keep the best and fittest ones. Their sectors always renew technical labor without regard to age. The “sixty-year decision” means irregular companies that bring in labor and leave them loose. With regard to agencies and companies that are members of banking and industry associations, most of them have not had any doubts regarding marginal and bulk employment for more than 50 years.

The sources went on to explain that the skilled workers do not need university degrees, but their experience, competence, and courses inside and outside Kuwait are of relevance. These workers were subjected to such procedures throughout the work period to develop their skills and keep pace with the development of industry in the world, which cost the owners of these businesses exorbitant sums.

Those who objected to the decision stated that there are a large number of such employees who are over the age of 60 and served in the companies for periods exceeding 20 years. They form the backbone and mainstay of these companies. They may not hold higher qualifications, but they instead have broad and extensive practical experience in the field of the Kuwaiti labor market. They also have a high determination to continue to work and give for years to come, as well as their dedication and sincerity in work. Regarding the government’s position, the sources stressed that the advisory team of the Cabinet will make the final decision within days regarding the “sixty-year decision”.

They explained that there is more than one proposal in this regard on the table. The Minister of Commerce and Industry Dr. Abdullah Al-Salman is pushing for reducing the work permit renewal fees for this segment from KD 2,000 to KD 500 with private health insurance. That way, the state does not bear any financial burdens that may result from this segment. Perhaps one of the parties most opposed to the “sixty-year” decision is the Kuwait Chamber of Commerce and Industry (KCCI). It has reached the extent that its president Muhammad Al-Saqar called on His Highness the Prime Minister to intervene personally to amend the decision as soon as possible.

He said, “To reduce the cost of those covered by the decision on public money, so to speak, it is possible to resort to more than one scenario”. Al-Saqar explained that the most prominent of these is limiting the application of the decision on new arrivals to work in Kuwait, without it being applied to those who hold current work permits. The segments covered by the ban have refined their experiences and developed their capabilities in the Kuwaiti labor market, and the country that invested in this refinement and development still has the right to obtain, for years to come, the returns of this investment.” He pointed out that “the concerned offi- cial authorities announced that expatriates working in the state are not subject to the decision, as if the age of 60 had negative effects on non-state workers only.” 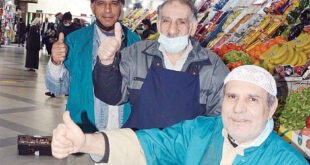