KUWAIT CITY, Aug 29: The increase in government development capital spending during the last fiscal year was 6%, despite the liquidity crisis that the country faced difficulties due to the drop in oil prices, which prompted it to take many austerity and rationalization measures in many items of the general budget, reports Al-Qabas daily.

Figures seen by the daily showed that the total capital expenditure in the budget for the fiscal year 2021-2022 was about 1.86 billion dinars, compared to 1.74 billion dinars that was directed to capital spending in the previous fiscal year, which is an economically commendable matter and confirms the keenness to continue development plans and develop mega projects in the country although the fiscal deficit recorded in the 2021-2022 budget amounted to 2.9 billion dinars, a 269% decrease from the 10.7 billion dinars achieved in 2020-2021.

Expenditure
According to a special statistic prepared by Al-Qabas, the total capital expenditure during the last ten years from 2012-2013 to 2021-2022 was about 20.5 billion dinars, which were allocated from the general budget expenditures, whose total revenues during the mentioned period amounted to about 174.8 billion dinars, after deducting the share of the Future Generations Fund of 26.2 billion dinars.

Moreover, the sources expected that the government would speed up the pace of awarding development projects in the country during the coming period in cooperation with the private sector. It would contribute to accelerating the implementation of these projects on the one hand and relieving pressure on the public budget on the other.

Kuwait to register highest deficit to GDP ratio in Gulf 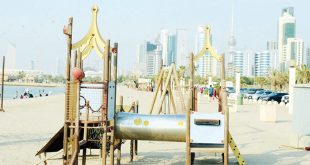 Further deficit in Kuwait’s budget for next fiscal year