RIYADH, May 25, (KUNA): The GCC committee on financial and economic cooperation convened an extraordinary meeting on the ministerial level on Tuesday, with Undersecretary of the Kuwaiti Ministry of Finance Khalifa Hamadah leading his country’s delegation.

The meeting, chaired by Saudi Minister of Finance Dr Ibrahim Al-Assaf, reviewed a range of recommendations on activation of economic cooperation and integration among the GCC member states.

These recommendations were developed by the joint meeting of the committee of finance undersecretaries and the GCC customs union, and the council of heads of tax departments.

They include two draft treaties on a single value-added tax system and the selective tax system for the GCC countries.

The ministerial meeting also suggested launching a tax information center as an affiliate to the GCC Secretariat to follow up the sharing of information among the tax authorities of the GCC countries. Speaking to KUNA following the meeting, Hamadah, who represented Kuwaiti Deputy Prime Minister, Minister of Finance and Acting Minister of Oil Anas Al-Saleh, said the conferees were unanimous on the significance of the two draft tax treaties. “There is consensus on the need to coordinate the tax policies of the GCC countries,” he said, noting that the ad hoc committees will act for standardizing the tax policies as a prelude to the adoption of the two treaties. He added that the two documents, when endorsed, will have great impact on the bilateral trade among the GCC states.

Share
Previous Pak expresses concern over US drone ‘strike’
Next How did idiots become opinion leaders?! 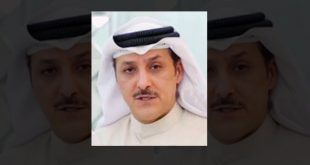