AMMAN, Oct 9: The Martyrs’ Office of the Kuwaiti Amiri Diwan won the silver prize at the fourth Jordan Arab Media Festival, which concluded recently with the participation of Arab media and artistic figures and institutions. The Martyr’s Office received the award for its work ‘From My Father’s Wind’ in the category (TV Programs – Security Media, which witnessed the work of the Jordanian Armed Forces ‘Our Arab Army’ receiving the golden award and the work of the Jordanian Public Security Directorate ‘Al-Ain Al-Sahira’ the bronze award. The Ministry of Defense and Interior in Kuwait also participated in the festival with a work prepared by the Directorate of Moral Guidance and Public Relations of the General Staff of the Army, entitled ‘The participation of the Kuwaiti Air Force in relief work’ and the film ‘Electronic bracelet’ prepared by the General Administration of Relations and Security Media in Interior Ministry, in addition to the work of another Kuwaiti prepared by the Martyr’s Office entitled ‘The Martyrs’.

The former media advisor in the Kuwaiti Ministries of Defense and Interior, retired Lieutenant General Abdulaziz Al-Rais told Kuwait News Agency (KUNA) after receiving the award that Kuwaiti participation this year aims to shed light on the role of specialized and thoughtful media in dealing with community issues and guiding its members within a framework of responsibility and awareness. Al-Rayes added that the selected Kuwaiti works included instructive messages that were worked on by the cadres of the Ministries of Defense and Interior and the Office of the Martyr which resulted in the winning of one of them amid competition from several Arab peers. He expressed his thanks and appreciation to the festival’s Supreme Committee for choosing Jerusalem as the title of the current session and focusing its activities on intellectual and dialogue sessions in support of the Palestinian cause, which Kuwait and other Arab countries put at the forefront of the nation’s issues.

For his part, a member of the festival’s Supreme Committee, Dr Ziad Al-Khidr, praised in a statement to KUNA the “successful” Kuwaiti participation in the festival and its enrichment of the festival’s activities, pointing out that the Kuwaiti work ‘From My Father’s Wind’ actually deserved to win the award due to the integration of its elements characterized by proficiency and the superiority of its creative content. Regarding the selection of ‘Jerusalem’ as a title for the current session of the festival, Al-Khidr stressed the importance of crystallizing an Arab media vision in the face of the continuous Israeli attacks on holy sites in Jerusalem, calling for the importance of employing Arab efforts to support the Palestinian cause in the media and highlighting Jerusalem in the Arab media industry. (KUNA) 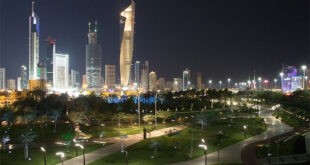 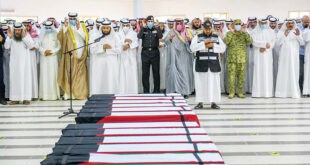 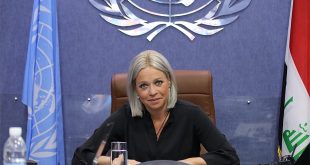 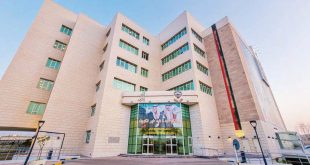 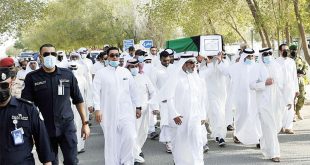