KUWAIT CITY, June 11, (Agencies): The Ministry of Interior on Tuesday described as inaccurate contents of a video clip on social media, alleging that residents could not travel without a civil identity card.

The ministry affirmed that expatriates could still travel via the airport by presenting solely a valid residency stamped on the passport.

It explains that any resident who has a valid residency before the Ministerial Decision 135/2019 on 10/3/2019 (on residency stamped on the Civil ID card), stipulating that he or she can travel by presenting solely the residency on the passport.

Those who got a residency as of the date (10/3/2019) and later, or transferred data from an old passport to a new one, are obliged to present the Civil ID card upon travelling, where the Latin first and surname must be compatible with the names in the passport.

Nationality of the holder must be compatible with the one mentioned in the card, along with the correct passport number.

The ministry explained that it had executed an awareness campaign regarding the issue and urged the social media to be accurate in publicizing security matters.

A reliable source said the Ministry of Interior will apply the decision after it is approved by the concerned body and published in the official gazette. The source added, the fees will be determined by the National Assembly, especially since this procedure requires a decree.

Share on:
WhatsApp
Share
Previous Expats with valid residence stickers can travel without civil IDs
Next MPs grill down on greed, graft 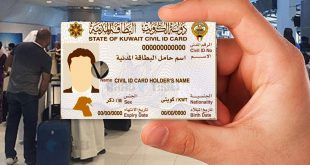