The daily quoting informed sources disclosed that there is a tendency to re-offer the tenders without limited qualification and the door of participation is open to all companies, according to specific conditions included in the tender documents, allowing only companies that meet the conditions set by the public authority to participate.

They clarified the public authorities resort to offering tenders according to the specified list when they have ample time to implement the work they want to offer. They added “this quality (the specified list) has almost guaranteed results, compared to offering tenders in the other (open) way, as they are fraught with risk in the form of companies submitting grievances and other matters that impede the progress of the tender for some time”.

They continued, “The good thing about offering tenders according to the last (open) mechanism is that it expands the competition base and reduces the time period needed by the authorities, if they want to implement a project urgently.”

It is noteworthy the agency has finally canceled the qualification of companies earlier approved to implement tenders for the maintenance work of circuit breakers and their accessories at the power stations, and tender works for intensifying sea water intake, tender work for the supply, delivery and handling of fuel oil additives for the power stations, and finally, tender for the supply, installation, operation and maintenance of the Doha Station for seawater reverse osmosis desalination (second stage).

The two oil tenders for which the companies have been disqualified include the provision of nutritional services at Ahmadi area, south-eastern Kuwait, as well as Kuwait north and west. 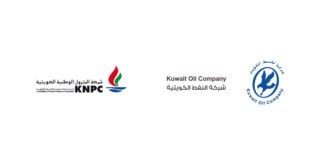 KUWAIT CITY, April 5: A member of the committee in charge of studying tenders has …