KUWAIT CITY, Nov 26: The Court of Appeals presided over by Judge Adel Al-Kandari upheld the verdict issued by the lower court which decided that four Kuwaiti citizens are entitled to overseas treatment at the expense of the Ministry of Health, reports Al-Anba daily. Earlier, the Administrative Court had canceled the ministry’s decision that ended the treatment of four members of a Kuwaiti family who were receiving treatment in a hospital in the United States of America.

The family’s counsel Lawyer Saad Musharraf Al-Lama, said the court stated on the merits of its ruling that the papers were devoid of conclusive evidence. On the date of the contested decision, they were demanded to return from the United States to Kuwait. It was proven that the aforementioned condition necessitates staying abroad, and that the Thunyan Al-Ghanim Center for Digestive System and Liver indicated in 2017 that there are no specialists in hereditary genetic diseases, which are diseases that all plaintiffs suffer from, as established in papers.

The court ordered, in the merits of its ruling, that it be implemented immediately and in accordance with the draft judgment without any procedures for the announcement. This is in view of the critical health condition of family members after it became clear to them that the Ministry of Health’s decision to prevent the completion of treatment included an abuse of authority, which is the reason why the contested decision could not stand, as it is not based on a reason that is legally justified. And thus it becomes worthy of cancellation with its consequences, most notably the completion of treatment for all children at the expense of the Ministry of Health. 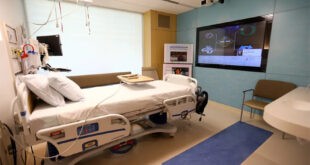 This post has been read 14748 times! KUWAIT CITY, March 9: The American newspaper ‘Boston …