KUWAIT CITY, Nov 21: A traffic accident on the Fifth Ring Road claimed the lives of two Kuwaitis and caused serious injury to a Nepali and another person of unknown nationality escaped unhurt, reports Al-Seyassah daily.

When the Operations Room of the Ministry of Interior received a report on the incident police and paramedics rushed to the spot and helped the injured to be taken to a hospital while the remains of the two men were transferred to Forensics. Traffic was disrupted for about one hour in both directions.

The Kuwaitis who died in the accident are believed to be 23 and 27 years old and the unidentified person who was with them in the vehicle escaped unhurt. The injured Nepali was driving a motorcycle, who was also injured. Meanwhile, the Al-Rai daily reported the death of a Kuwaiti woman and her daughter on the King Fahd Road following a collision between three vehicles.

The daily added, the accident caused injury to several people. The mother who was behind the wheel was born in 1986 and her daughter was just five years old. Her other daughter who was in the car was wounded. The drivers of the other two cars were also Kuwaitis. 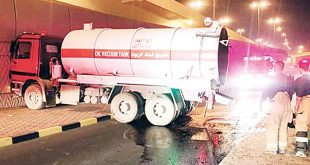 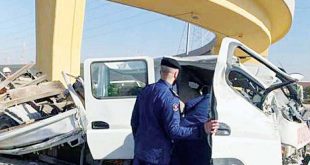 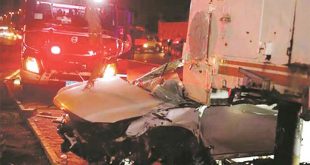 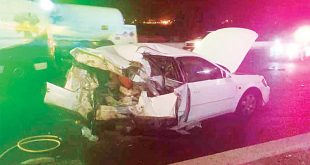 KUWAIT CITY, Nov 15: A terrible collision between two cars at dawn on the Fourth …