WASHINGTON, Aug 18: The US Department of Justice said that Alexander Yuk Ching Ma, a former Central Intelligence Agency (CIA) officer, was arrested on August 14, 2020, on a charge of spying for a Chinese secret service.
Ma, 67, conspired with a relative of his who also was a former CIA officer to communicate classified information up to the Top Secret level to intelligence officials of the People’s Republic of China (PRC), a DoJ press release said, noting that the Criminal Complaint containing the charge was unsealed on Monday morning.
“The trail of Chinese espionage is long and, sadly, strewn with former American intelligence officers who betrayed their colleagues, their country and its liberal democratic values to support an authoritarian communist regime,” said Assistant Attorney General for National Security John C. Demers.
“This betrayal is never worth it. Whether immediately, or many years after they thought they got away with it, we will find these traitors and we will bring them to justice.
“To the Chinese intelligence services, these individuals are expendable. To us, they are sad but urgent reminders of the need to stay vigilant,” Demers added.
Ma is a naturalized US citizen born in Hong Kong.
According to court documents, he began working for the CIA in 1982, maintained a Top Secret clearance, and signed numerous non-disclosure agreements in which he acknowledged his responsibility and ongoing duty to protect US government secrets during his tenure at CIA.
Ma left the CIA in 1989, and lived and worked in Shanghai, China, before arriving in Hawaii in 2001.
Ma will make his initial appearance before a federal judge tomorrow in the US District Court for the District of Hawaii.
He is charged with conspiracy to communicate national defense information to aid a foreign government and faces a maximum penalty of life imprisonment if convicted.
The maximum sentence is prescribed by Congress and is provided here for informational purposes.(KUNA) 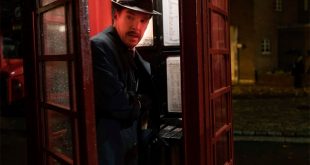